The Around the Sink Meal

Did you know that one of the five factors Focus on the Family has identified which develop a thriving family is the family meal?

As you know, I’m a big proponent of sitting down together around a table for that meal together everyday. But not too long ago, I learned that once in a while a family meal can be something totally different!

That day as I started clean up from a late lunch with friends, I turned on the faucet, heard a funny noise, and looked to see it spraying sideways from the base. Not a good thing. Underneath the sink I discovered it was dripping onto the spare garbage bags stored there. Also not a good thing. After placing a bowl to catch the drip, I did what most wives do in this situation: I called my husband. He'd be home soon.

About this time Christina arrived home from school and asked if I had a pound of ground beef and could we go buy puff pastry for empanadas (meat pies) she had to make for Spanish class for the next day? (She had asked if I’d be willing to buy the “food” for this earlier, but nothing further had been specified.) So we headed off to what ended up being a trip to two grocery stores. 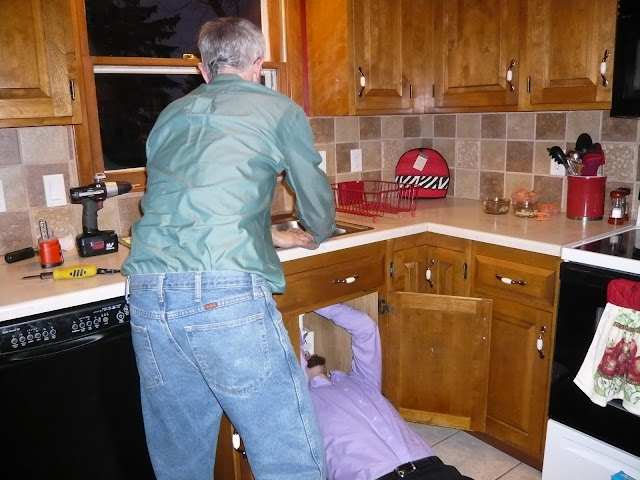 Meanwhile back at the house, Jim arrived home and began watching YouTube videos on how to replace a faucet. After our tour of the local grocery stores, we found Samuel under the sink and Jim above pulling the faucet out. After asking me what kind of faucet I’d like, they left for the hardware store.

Christina and I chopped onions and browned ground beef. I looked through my bowls and plates to find the right size circle to use for cutting out the pastry and finally came up with one, appropriately from Colombia. I rolled the dough and cut it out while Christina did finishing touches on a PowerPoint for the presentation to the class.

About this time Jim and Samuel came home with a beautiful new faucet with the hose in the spout and began putting it in. Samuel started by reading the instructions. I was impressed. J

Christina and I scooped meat into the pastries, folded them over and sealed the edges with a fork. When Christina saw my first finished product she exclaimed, “Mom! You are so intelligent!” Boy, that felt good! 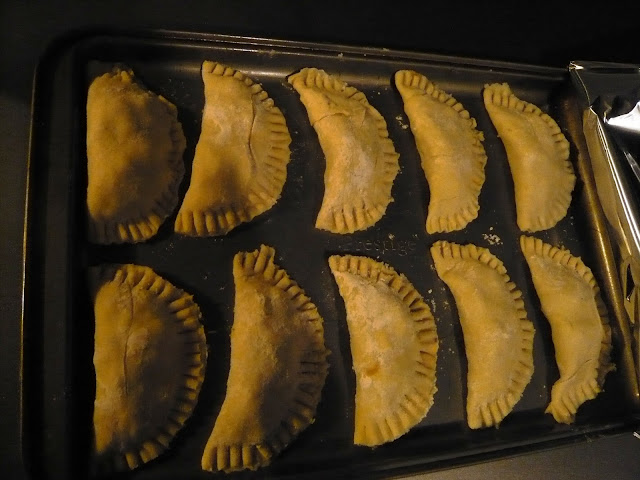 Christina had Christmas music playing and when “Feliz Navidad” came on, Jim came over and twirled me once. (I can’t say we danced as we have no idea how!) I took the funny leftover shapes of pastry and sprinkled sugar and cinnamon on them (well, Splenda and cinnamon so I could eat them too.) I also put the extra meat into 4 of the larger odd shapes and baked those for us to eat.

The kids discussed singers and Christmas songs. Christina put on eleven year old Jackie Evancho singing Nella Fantasia for us to hear. Amazing! Jim and Samuel took turns under the sink working. We laughed and talked and munched on cinnamon pastry and burned our tongues on the meat pies. 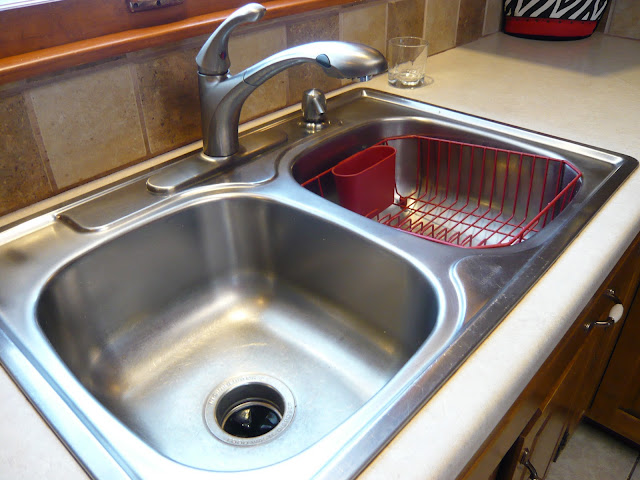 When the faucet was successfully installed we realized we still had time to get to prayer meeting. Christina had to finish the PowerPoint so she stayed and cleaned the kitchen—perfectly, I might add!—and the three of us went off to meeting where Jim’s dad was teaching on Joshua.

So I learned family “mealtime” doesn’t always have to be sit-around-the-table to be a good time for connecting.