I had an idea for a conversation starter I wanted to try and suggested it after Thanksgiving dinner, while we waited for our stomachs to settle a bit so we could fit in some pie. 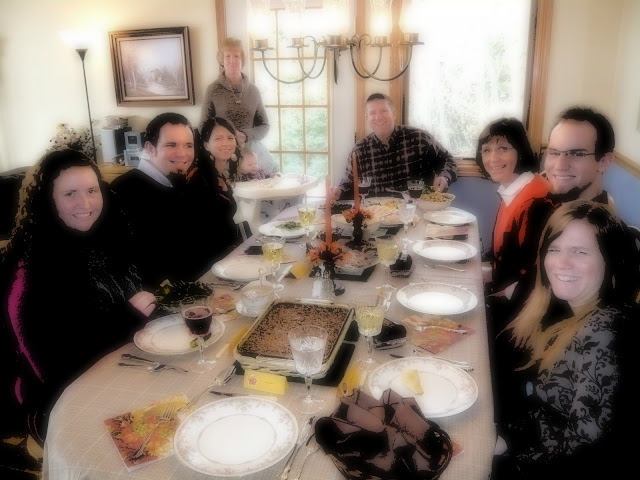 My thought was to have two slips of paper each and write on each one the end of the sentence, “I hope I never…” Then we would each draw two slips and read them and tell which we would prefer to do. Someone suggested that instead we write our two on one slip of paper and guess who said it. I thought that sounded good, too. Finally we decided to guess who wrote the two things and tell which we would prefer to do.

Karen, our well-prepared hostess, appeared immediately with small pieces of paper and a handful of identical pens. While we were thinking about what to write, we agreed to keep away from the morbid.

We all thought and wrote silently for a few minutes. Someone produced a hat to put our papers in. Then we passed the hat again, this time each one drawing a paper.

The papers were insightful and fun. Here are some of the combinations written down: 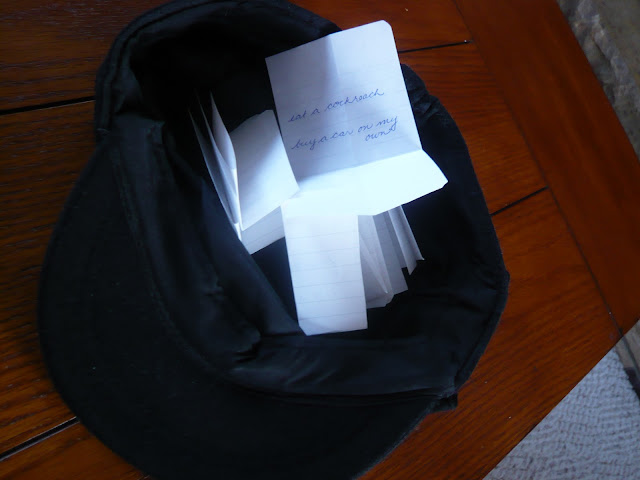 We laughed a lot as we learned what people dislike or what frightens them and we had some good-natured arguments about which of the two would be worse. Can you believe one person actually chose to eat poo over working on construction of a high rise?

Several commented that this conversation starter would be especially fun to do as an ice-breaker activity or with people you don’t know well, but most of us were related and we still had a lot of fun.

With younger children you could ask each one to name two things each one hopes they never have to do and ask her why they never want to do these things.

If you have enough people around the table, and want to integrate the choosing-between-the-two idea, you could have the person on the child’s left tell which of the two he would rather do. He’ll probably explain why without you even asking. Then it would be his turn to tell two things he doesn’t want to do.