We met our friends, Allan and Shelley shortly after we moved to from . At that time we both had three young children (and later both had four). They were on “holiday” (vacation) where they were missionaries in the western, coastal jungles of and were enjoying “civilization.” We were down in “coffee country” (where the world famous Colombian coffee is grown) from the highlands of for Jim to speak at a camp.

During our mutual 15 years in we were able to see them many times. Jim led teams of city Colombians to the jungles to see a bit of missionary life inside their own country and the Mosses came up for missionary retreats and health breaks. Two of our daughter became good friends and visited each other when they could.

After Shelley contracted tuberculosis, they had to leave the jungle and worked for a while in the city of until God moved them back to , about a year and half before He moved us to the states. So it was great to connect up with them again in their homeland.

While Shelley and her oldest daughter fixed curried prawns for dinner, I asked her a few questions.

Around the Table-- What are your memories of your childhood mealtimes? 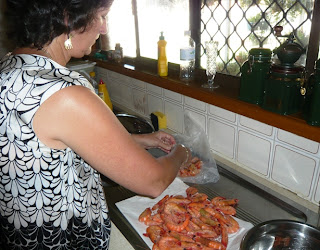 Shelley: There was always meat and three vegetables as Dad was a butcher. Often it was the meat not sold to customers so we got sick and tired of meat sometimes. My mum was the story teller telling us about when she was growing up as a child in the country and all the funny things they used to do with her eight siblings as poor country farmers.

AtT: What were your expectations for your family mealtimes as you and Al established your home?
Shelley: My dad’s dad died when Dad was 12 and his mother was a strong woman, so Dad wasn’t a leader in the family. We wanted Al to lead the family in happy mealtimes and devotions. We wanted to always invite people 'round for meals as well.

AtT: How did those expectations change over the years?
Shelley: We needed lots of patience with the children as some were really slow, others were really picky with their food.

There were times when Allan wasn’t there and I took over the devotional side of things. This was agreed on, not negligence on his part.

There were happy times, story times, lots of laughter. Sometimes it felt like it was a correction time for our Asperger’s Syndrome son and we’ve had to fight that and work to make it a happy time. 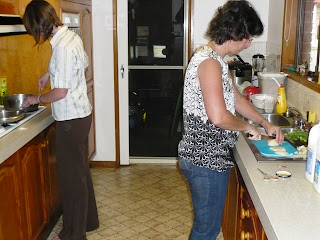 AtT: What was the most unusual meal you’ve ever had?
Shelley: Smoked Caiman. I had no idea how to make it, didn’t know that you have to soak it to get the salt content out. I just cooked it straight up and it just burnt our throats. It probably hardened our arteries straight away, but it was what God had provided when the banks had run out of money in the jungles and we couldn’t access our funds from so we had to eat it.

AtT: What’s unusual about your family and mealtimes?
Shelley: Our kids felt let down that there was no one to invite to a meal on Sundays, especially when we left and came back to . Lifestyles here are different.

AtT: How were your family meals an example to others on the mission field?
Shelley: Sometimes in our jungle town when we’d been having young people around for meals often, the young people would say, “This is what I want when I have a family” because they might not even have a table or never sit ‘round it together for a meal. 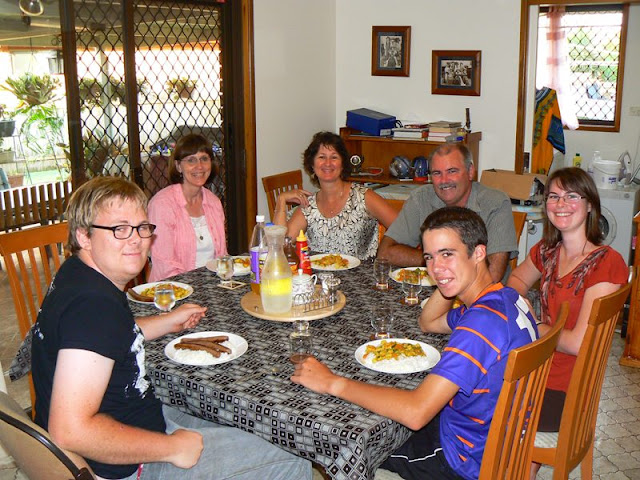 AtT: If you could put anything in a spray bottle and spray it over your dinner table, what would it be?
Shelley: A special spray that is called “Offers to Do the Dishes After the Meal.”—a spray of initiative!

AtT: If you had to embroider the phrase most often used at your  family table,what would it be?
Shelley: When the kids were young it was, “Sit up and eat!” Now it would probably be:  “Change of Topic Please. Don’t talk about that while we’re eating!”