Last month one of God's greats went to be with God. 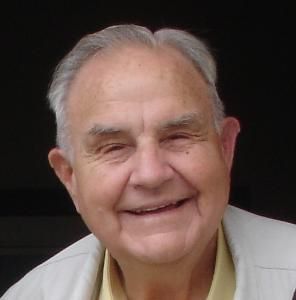 Bert Elliot was the lesser-known older brother of Jim Elliot, who was martyred by the Auca (now called Waorani) tribe in Ecuador in 1956. While Jim gave up his life for the indigenous people of Ecuador, Bert gave his life to the peoples of Peru.

Along with his wife, Colleen, they spent 63 years navigating the rivers of Peru's northern Amazon region, hiking the Andes mountains, and during the last two decades, driving between towns on the barren Peruvian coast.

Bert and Colleen were among those "barren one[s]...who have borne no child...for the sons of the desolate one[s] will be more numerous than the sons of the married..." as God used them to start over 140 churches in Northern Peru.

In some ways I was one of those spiritual children.

Jim and I were privileged to be coworkers with Bert and Colleen from 1984-1992 when we lived in Peru. We never lived in the same city, but from time to time we visited and helped in each other's ministries. We always learned more than we gave.

One of the things I learned from Bert and Colleen, was how to pray and how to disciple others in prayer. Bert believed that this was done by praying with others. After all, when the disciples asked the Lord to teach His disciples to pray, He prayed.

One time when we were with Bert and Colleen, we were all invited to an opthamologist's home for anticuchos (roasted beef and chicken hearts served on a skewer). When we stood to leave at midnight, Bert called their 18-year old daughter over to pray for her because she was soon to leave for college in Bolivia.

Another time with them we were at the home of a Peruvian fulltime church worker who was about to leave on a horseback missionary trip into the highlands. After a lunch of tamales, Bert had us all stand to pray for Rubén. 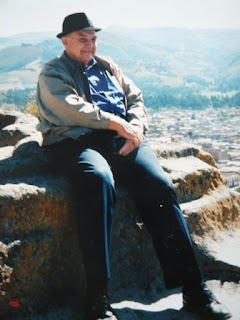 Miles up a dirt road at 12,000 feet in the Andes, Bert led us in prayer and song at the home of a farmer-evangelist, a man with 12 children and hundreds of spiritual children.

Farther up that road we visited a cooperative farm. There, 85-year old mamita María and several of her children and grandchildren crowded around Bert and Colleen. I wasn't surprised to hear the familiar words, "Let's come before the Lord together."

Bert and Colleen's example has spoken to me in many, many ways. One of those was how teach my children how to pray--by praying with them. Some of the places we have prayed with our children are:
None of these are super unusual, but it's one way we've tried to teach our children about the need to "pray without ceasing." 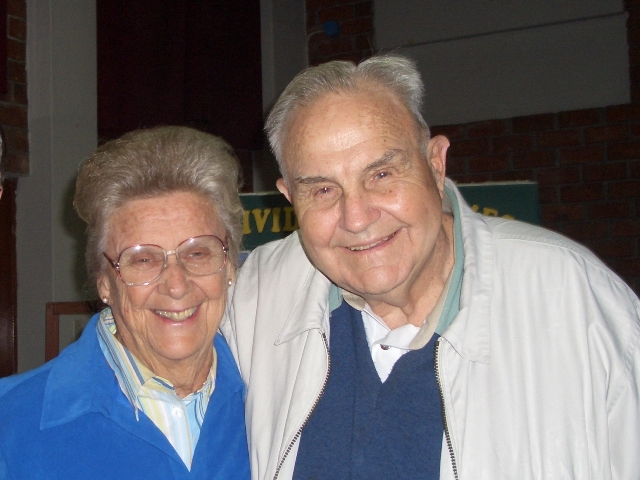 I'd love it if you'd write to let me know how you are teaching your children to pray. Write a comment below or an email here and I'll share your ideas in a future post!

Bert passed from his home in Peru into the presence of the Lord and many people will miss him. None more than Colleen, who Jim and I were able to have lunch with last week at Bert's sister's home. Colleen is dealing with blood clots before she can have cataract surgery. At the end of this month she will travel to Portland, Oregon, where they were sent out to Peru from, for a memorial for Bert. Then Colleen will return home to Peru to continue mothering all those spiritual children.

After a prolonged deterioration of health, Bert went home to be with the Lord February 17. Colleen came to the states with his sister for cataract surgery and a memorial for Bert. She was unable to have the surgery due to blood clots. Two days before the memorial she fell backwards and knocked herself out and fractured her skull. The next day she went home to be with the Lord and with Bert.

I see this as evidence that we shouldn't worry. God gave Bert and Colleen no physical children to care for them in their old age, but a group of spiritual children helped Colleen care for Bert. Colleen needed no one to care for her. God knew what He was doing.

After we had lunch with Colleen I had said to Jim, "I can't imagine Colleen without Bert." Apparently neither could God.
Posted by Sharon at 1:00 AM