“Eat your food, there are children starving in Africa.”

“You can send them this food.”

Did your parents ever tell you about the starving children in Africa (or China or North Korea) to get you to eat? Even if you didn’t voice the answer above, maybe you thought it. 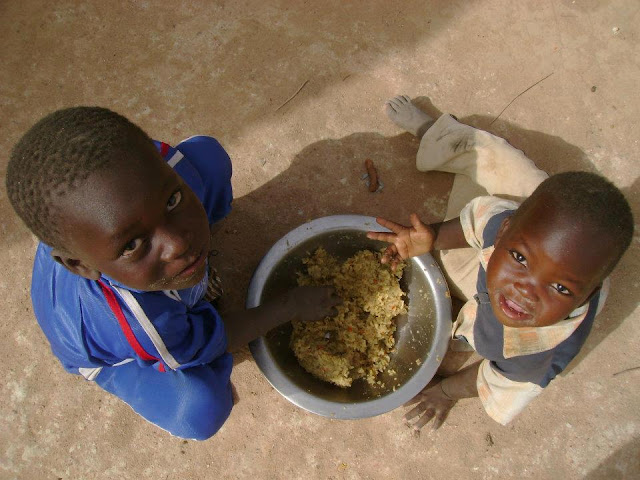 But the truth is, there are children starving in Africa and we can do something about it with our families starting by eating famine portions one night.

I recently watched this video in a seminar given Nate Bramsen and his father Paul Bramsen.

I talked with Paul and his wife Carol afterward. The food given to these people might be all they had for several days so you can imagine why they were cheering when they saw the vehicles arrive! The boy you see Nate Bramsen pass over his head into the window was from a mother who wanted to make sure at least one of her children received some food. The mother herself was skin and bones.

I have been hungry, probably because I hadn’t eaten in five or six…hours. There may have been a time in my life when I’ve gone longer without food, but I can’t think of when. In fact, for the last 20 years I’ve had hypoglycemia so I’m supposed to eat a little protein every two to three hours—and I usually make sure I do. 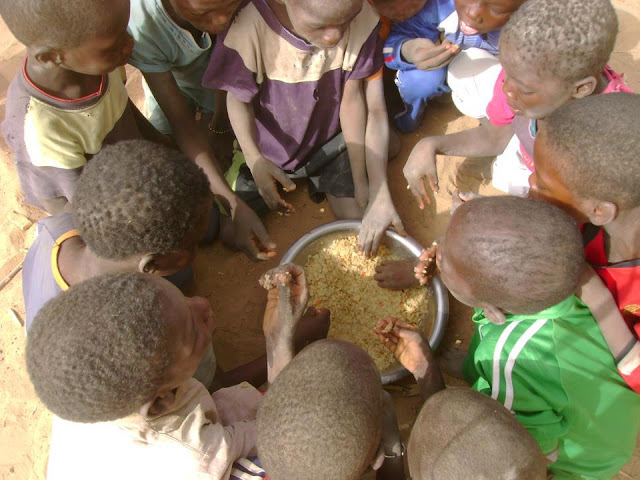 Probably most of you reading this are like me, and your children also have no idea what it’s like to go to bed hungry even one night, let alone night after night. (Unless you’ve sent them away from the table for some reason, but that’s a different topic.)

So here’s the idea: Have a famine dinner. 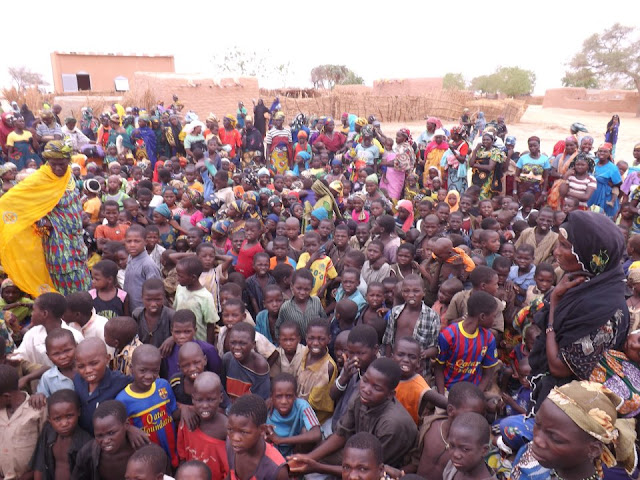 For more information write to:

Place lentils in large pot in 1 ½ cups water with ½ tsp salt. Bring to boil, then reduce heat and simmer 1 hour till tender but intact. When done drain and set aside.


Meanwhile in another pot heat oil and fry rice over medium heat for 2-3 minutes. Add 1 cup water and ½ tsp. salt. Bring to boil. Cover and simmer over low heat 15-20 minutes until water is absorbed and rice is tender. Remove from heat and uncover.


In a non-stick frying pan prepare seasoning by heating the oil over medium high heat. Add onions and fry until golden. Stir in garlic and cook a minute longer, stirring continuously. Stir in diced tomatoes with liquid and pepper.


Stir cooked lentils and rice together in large pot. Add seasoning mixture and stir together, cooking over low heat for 10 minutes.  Serve hot.


For added authenticity, serve into shallow bowls and eat with your hands like the children in the video—but be sure it’s cool enough to touch!


This would work for youth groups, Sunday School classes and even whole church dinners!


If you do this, please write to me and let me know how it went. Include photos!