I recently had the privilege of interviewing Shelly Esser, the Editor of Just Between Us, a magazine for Christian women launched almost 20 years ago with a vision to encourage and equip women for a life of faith. Read here to find out how Brett Favre enhances their family meals! Then come back to finish the second part of this inspiring interview with a working mom who is passionate about family meals.


In your own family and others you’ve observed, what ingredients are necessary for a successful family meal?
Most importantly is the intentionality of making it a priority. I don’t think you can use “busyness” as an excuse. If the family dinner hour is important, there’s a way to make it happen. I also think the food is so secondary. So often we get caught up in all the preparations, failing to see God’s bigger plan. People are eternal, food isn’t!
I have also always tried to make the family meal communicate that my family is special, that I value them. I light the candles even if we’re only having pizza on paper plates one night.


Is there anything you would do differently if you could start over again with your family?
I would have been a lot more intentional into looking around for those people we could have welcomed around our table.


Have you been successful in getting your children to help with cooking? How have you done that?
Overall I have done a fairly good job, especially since I don’t love cooking myself. I’m more into the creating of a beautiful, fun, and welcoming atmosphere at mealtime. I had the girls start out with kitchen duty—setting the table and cleaning up on their nights.


Then I had them try baking. When they were in middle school, I purchased fun age-appropriate kids’ cookbooks and had them look through and pick out things they’d like to make. I wish you could have seen their faces when they presented their creation to the family. They were so proud of themselves, and so was I!


How have others around your table enriched your meals?
God has placed our homes and paths where He has placed no one else’s. No one else in the world has the same table I have. We never know who we might be influencing or touching for Christ as a result of a meal. I have seen over and over again how the seeds of a mealtime prepare the way for the gospel.


I believe time around the table was instrumental in my own father’s conversion as year-by-year God brought incredibly godly strangers around our table who radiated the love of Christ to my dad, who wouldn’t attend church at the time, but who would gladly share a meal.


Do you have family devotions at a mealtime?
Yes we did so fairly regularly through the years. When they were teens it was very challenging at times, but we pressed on. There were complaints but as my mother often said of teenagers, “They’re enjoying themselves; they just don’t know it yet!”


What advice would you give to families with school age children who want to start meaningful family mealtimes?
Start this tradition as early as possible. It's very difficult to have meaningful dinner hours and time together connecting and sharing with middle-schoolers and teenagers later if you haven’t built that relationship along the way when kids are little.


Don’t let this fast-paced culture squeeze you into its mold, the family dinner hour is possible and you will never regret it and neither will your kids! 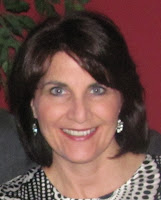 Shelly Esser has been the editor of Just Between Us, the magazine for encouraging and equipping women for a life of faith, for the last 21 years. Additionally, she serves on the Board of the Pastoral Leadership Institute and has been active in women’s ministry through the years. Shelly and her husband, John, have four daughters ages 14 to 23.
Posted by Sharon at 4:00 AM