Eating Spaghetti with Your Hands

I spoke recently with a young woman who finished her undergrad degree in Inter Cultural Studies by doing an internship among the Saharawi people living in refugee camps in the Sahara desert in Algeria about the mealtime practices there. Some members of this people group live in a part of their own nation, Western Sahara, that was occupied by Morocco in 1975. Those who fled the occupation and persecution have lived in the refugee camps since then, surviving with the help of international aid.

Why did you choose to go to the Saharawi people?
I wanted to experience a Muslim/Arabic people group. I liked the idea that here I would be teaching English, living and interacting with the people. Our goal was to live everyday life with them as true followers of Christ.

Tell me a little about your living arrangements there.
Six of us Americans lived with a Saharawi family as part of the family. We were in a house built around a courtyard. People slept in about every room in the house. We would just lay out blankets on the floor and blankets on top of us. It was really cold at first so we appreciated having a big group of girls on the floor of our room.

What were mealtimes like?
All the girls worked in the kitchen, even though we Americans didn’t make the food. We helped bring things out and it had to be in the right order: juice, then the wash basin, before the rest of the food. We carried the wash basin to the guests first in order of importance and poured water over their hands so they could wash. 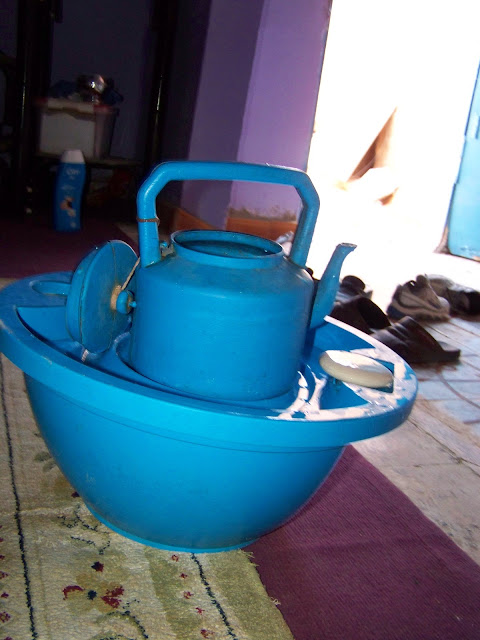 The food was served on large trays, one for women, one for men, with the rice or couscous on the whole tray and meat and vegetables in the middle. First came the men’s tray. There was always a big scramble in the kitchen, but it was brought out calmly and the tray set down carefully. Sitting cross legged on the floor around a low table, we all ate out of the communal trays, eating only out of the section in front of us. If the meat was on the bone and we wanted some, we had to divide it up, placing a portion in each person’s section.

We ate only with our right hands, rolling the food into a ball with and popping it into our mouths. Macaroni and spaghetti is the hardest to eat this way!

What else is considered good manners?
When rice stuck to our hand we couldn’t flick rice off, but had to use our fingers to rub it off. Then we licked our hand before putting it into the wash basin so there wouldn’t be any bits of food left in the basin. All the crumbs we’d dropped were gathered into little cups and saved for the goats—nothing was wasted.

Was it hard to get used to eating with your hands?
It was hard  not to make a mess. Spaghetti was especially hard to not have all over my face with a trail of spaghetti leading to it, but I thought it was kind of fun. Some days we had guests. If they were European guests we’d get forks for the salad. Inevitably we kids wouldn’t realize and would dig in and get scolded. But they liked it that we were willing to eat like them.

Tell me about their hospitality practices.
Their homes are always open. Visiting isn’t planned, they just show up. They always serve guests three glasses of tea and that takes about two hours. If someone arrives near meal time, they make extra food and expect them to stay. 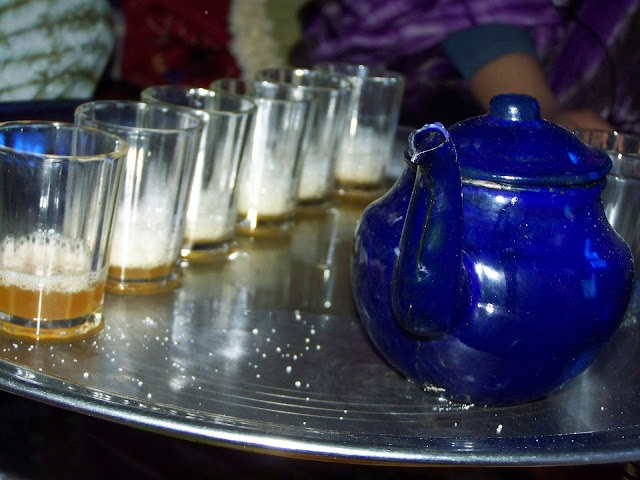 At one home a brother-in-law brought his friends and a chicken for lunch. Even though lunch was already made they had to start over and make chicken for them.

Even though the outward expression is very gracious, and sometimes that’s not what’s expressed in the kitchen, they consider the guest to be honoring them by visiting. If the guest stays overnight, they just throw another blanket on the floor. 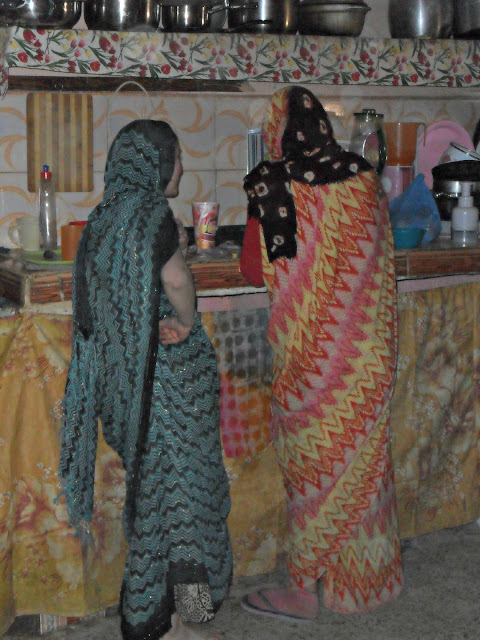 Overall, what can Americans learn from the Saharawi mealtime practices?
They always ate together, always waited for everyone who was there. Often most of the family is home, so you would see everyone at mealtimes.

I think we can learn hospitality—without missing a beat they serve anyone who comes by. A guest never feels like he is imposing.

How were you changed by your time there?
I got a different perspective of how to treat people. They were always hospitable and welcoming. Their value is: whoever is in front of me is most important; <tweet this! my plans aren’t as important. We lived life together and valued friends and neighbors and spending time together. I learned to be happy about surprise visits and make the meal expand.

(For the sake of security no names or faces were used.)