Half Full? Half Empty? Who Cares, All Dirty!


Strange as it sounds, one of the most annoying things was running out of drinking glasses. 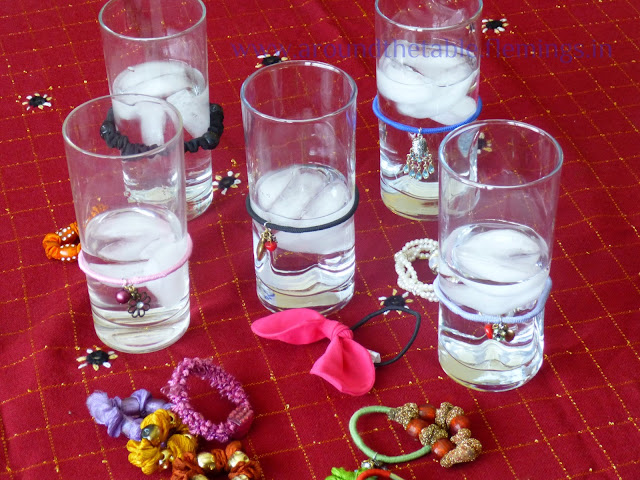 Every time we came home on furlough we landed on each set of parents for about three months. We weren't there all the time. The nature of a missionary furlough is travel, so we would be away a couple nights each week and many evening for meetings. But bringing a family of six into a household of two adults for that long--well our parents will definitely get their rewards in heaven! 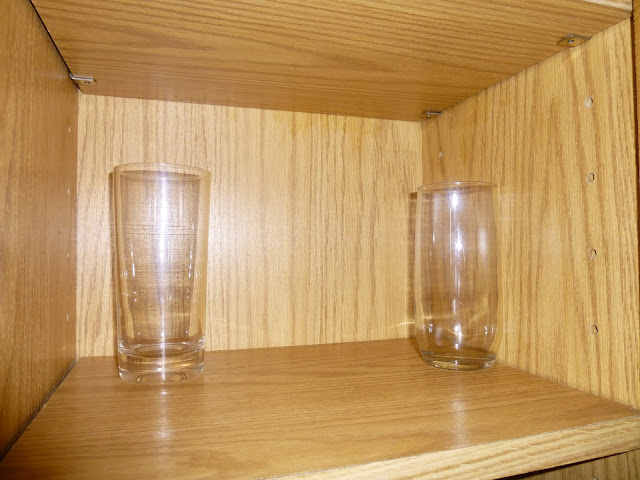 But back to the lack of glasses...

The little kids had their own Mermaid® or Thomas the Tank Engine® cups, but everyone else used the glass ones from the cupboard. To try to save on washing (and running out) several of us would have a spot on the kitchen counter "staked out" for our glass. But if the one straightening up didn't know whose was whose, it would get swept into the dishwasher, to avoid a bunch of empty glasses just sitting around. 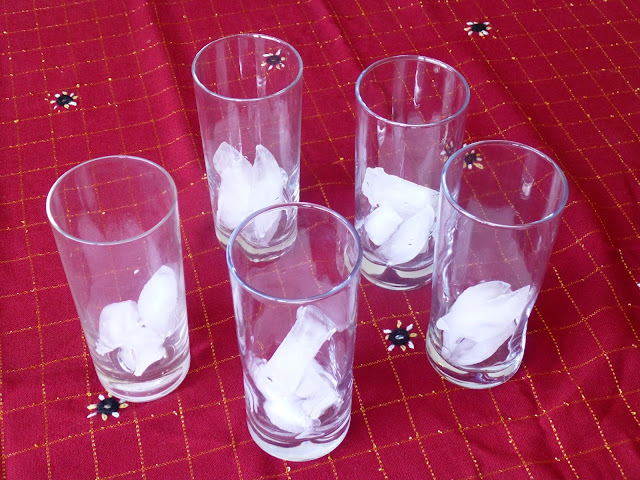 When all the glasses were in the dishwasher, we'd have to wash one out by hand to get a drink. That wasn't so hard, but if it was time to set the table for dinner, we might have to wash six or more glasses, which while not a real hardship, was just annoying.

One person's solution was a piece of paper with her name on it. That became the "coaster" where she kept her glass--except when she moved it. Then her glass went into the dishwasher, too.

After our kids grew up, we moved back to the states full time and they frequently come back home to visit, which we love! But it meant we had lots of people around. This past Christmas we had ten of us living in the house for ten days plus three others hanging around most of the time. The glass problem had moved on to another generation!

So I decided to do something about it.

I bought a variety of colored hair bands and charms from the clearance section of craft stores. I also used a clearance necklace with a a whole bunch of charms already on it and an earring that lost its partner. Another possibility would be gaudy old "bling" from thrift stores and garage sales. 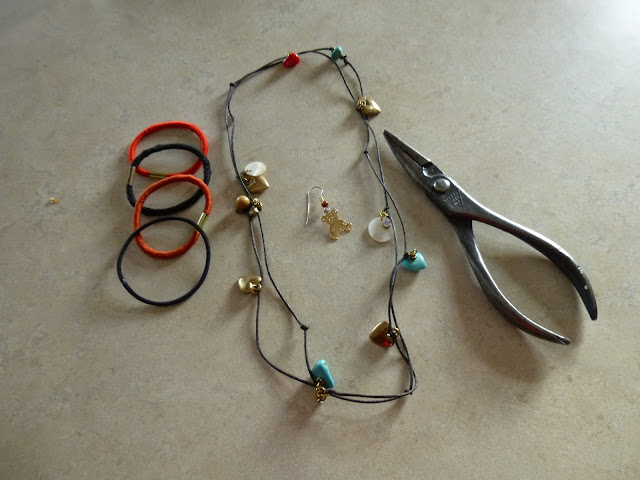 Using a pair of pointed nose pliers I fastened the charms to the hair bands. I also found some colorful scrunchies and otherwise decorated hairbands to add to the mix--trying to get some masculine enough for the men. When everyone came, they chose their favorite color or design for the duration of the visit, and put it on their glass.

One of my daughters-in-law made a little chart with everyone's name and what their "glass charm" looked like so we would know where to put them at the table when we set. (This is important when there are two engaged couples and two small children who need to have the right supervisors beside them!)

I still threw all the glasses in the dishwasher about once a day to avoid that fingerprint decor, but otherwise no one had to wash a glass before they could quench their thirst.

Just one more way to make it easier to get the family together around the table!

Thanks to those who took a minute to click on the "Vote for Us" button on the right (an up a little). This blog went from 900-something to 504 in the rankings in one week! Please keep it up and tell others about this blog if you think it is helpful and worthwhile. After all, there's no point in writing if no one's reading! 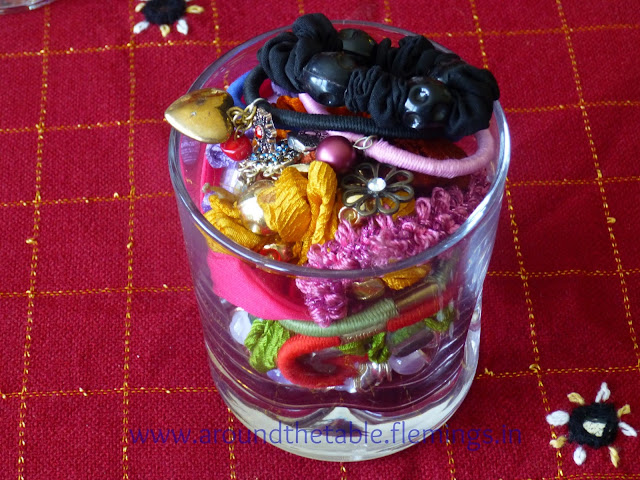 Coming Up in This Blog:
Be sure to be back to read these topics coming up!
March 1 -- Easy Slow Cooker Mac'n'Cheese
March 5 -- Why Do We Have Kids Do Chores?

Email ThisBlogThis!Share to TwitterShare to FacebookShare to Pinterest
Labels: solutions