Singing At The Table

One day I was talking to the second grade teacher at our children’s school in Bogota, Colombia, and she told me that in social studies they were studying social norms. In order to teach the children what norms were, she thought she would ask them about the mealtime rules in their home, assuming she would bring to light many norms that they all knew. So she was surprised to find out that among her dozen or so students the only rule they all had in common was: No Singing at the Table. 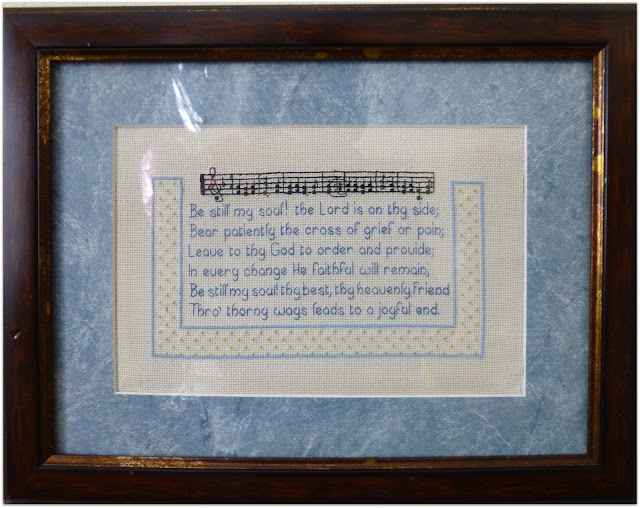 I’m not even sure why that’s so often a rule, or at least something mother’s say when children start singing at the table. I looked it up and couldn’t find an answer. My only guess is that it interrupts conversation or annoys parents.

But at our table we do sing. We don’t sing at every meal (nor while we're eating!), but we always sing during devotions near Christmas and Easter and on other holidays like Thanksgiving and even the Fourth of July. We didn't sing during the meal, but after.

In the summer we purposely chose hymns to memorize. My husband and I picked out about half a dozen hymns we wanted our children to know and I typed or photocopied them and glued the sheets into a notebook. Since the hymns often had words that weren't in our children’s everyday vocabularies, I put those words in bold type and I made a glossary for them to use to learn the meanings. 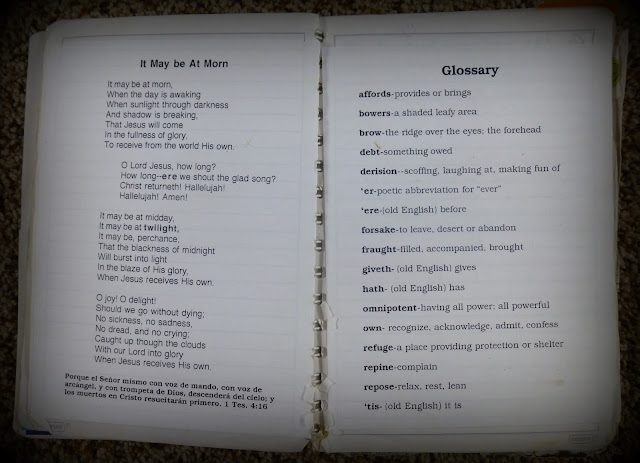 When we sang each hymn--everyday for a week while learning it and then once in a while after that to keep it fresh--we talked about what it meant and how it encouraged us.

The year when my husband’s brother was dying of cancer, God led us to several songs that had verses speaking of the end of our journey, God’s faithfulness, and our hope for the future. We sang some of those songs when we had our own private memorial for Pete after he passed away.

During that difficult season, hymns were a special comfort to my husband, his parents, and Pete's widow. 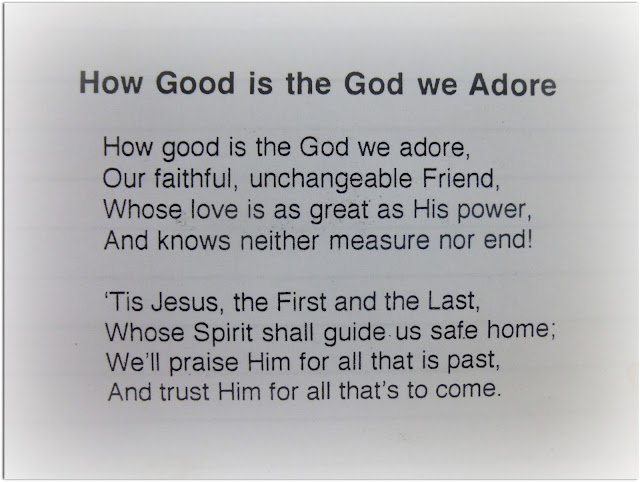 When we have singing planned as part of the after dinner activities we provide the words to the hymns we'll be singing. In that way our Chinese foreign exchange student and our German future son-in-law have been able to join us. Besides, our singing always sounds much better when others add their voices to ours--especially if those voices are the melodious ones of my parents-in-law and sister-in-law!

My father's memory is failing, but he too learned many of these hymns as a child and when we sing, he may not remember what holiday it is, but he knows the songs and he knows the One to and of Whom we are singing. 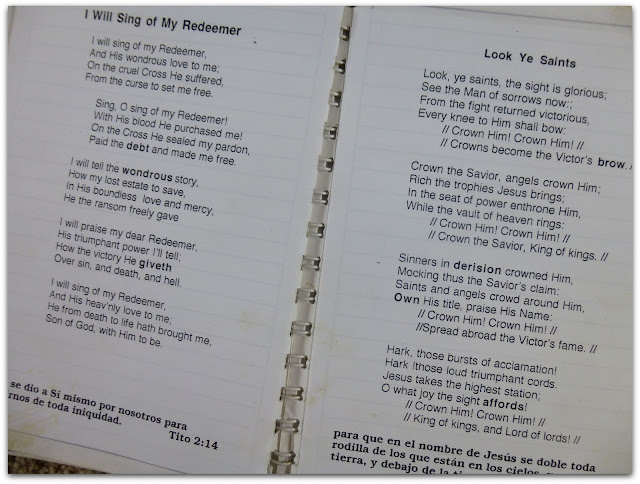 That's my prayer for my children, too. I believe these songs will play on their mental playlists all their lives and I pray the Lord brings them to mind when they need them, when they want them, and maybe, most especially when they don’t want them.

Connect with your family through singing. Choose songs that are easy to sing without music, or if you are blessed enough to have a musical family, bring the instruments along!


If this blog has inspired you, would you please take a minute to *like* or *share* it on Facebook or other social media so that others can be encouraged, too. Thanks.