Why I Always Use Cloth Napkins

Today's guest post is written by fellow blogger, Carol Covin. She has added a special touch to her meals since the beginning of her marriage 45 years ago!

I was a newlywed.

My husband of 5 months had been drafted, reporting two days after we eloped.
He and a new buddy had arranged for me and the other wife to be roommates while our husbands lived in the barracks for the Army’s Officer Candidate School that summer of 1968.

The war in Vietnam seemed to be ramping up and new officers were needed.

Our husbands would graduate as 2nd Lieutnants in November, bound for Vietnam a year later.

My new roommate had been married two years.

The first time our husbands came home for a weekend pass, 10 weeks into training, she put candles out for dinner.

Then, she told me of the tradition she had started early in their marriage.

“I decided we would always dine by candlelight. We always have, even if, sometimes, I have to run get the candles just before dessert.”

I thought it a lovely tradtion and set about to think up one of my own.

I didn’t want to borrow the candle tradition because I didn’t think I could keep it up over a long marriage.

And, I worried it would be dangerous around children. 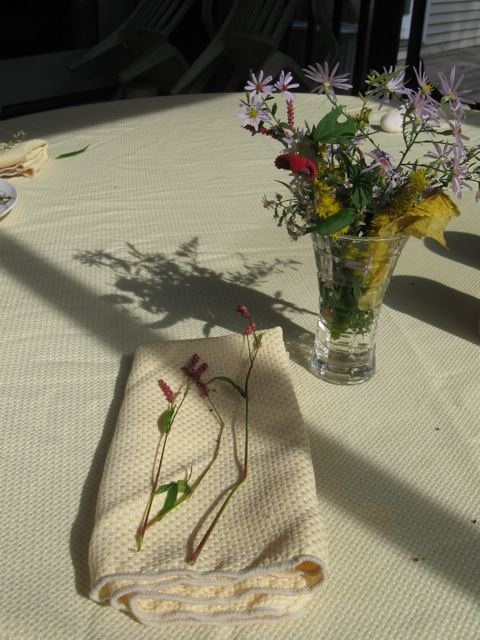 But, the idea of establishing a tradition that ties a family together with new rituals appealed.

I didn’t yet know that my husband would eventually teach me to like greens, a Southern tradition, far from my midwestern roots.

I didn’t know my husband would discover he liked my mother’s meatloaf, far from his mother’s style of cooking.

But, cloth. It seemed so luxurious.

A far cry from my practical mother’s paper napkins when we sat down to eat every night at 6 when I was growing up.

Cloth. Worthy of our shared commitment to eat together as a family every night.

I had embroidered placemats and napkins for my trousseau during that long week after Kennedy was assassinated and we stayed glued to the television, in 1963.

I tried napkin rings, but my husband objected. He didn’t want to eat with dirty napkins.

Now, a dedicated cupboard is filled with tablecloths, cloth napkins and placemats.

I notice my daughter-in-law has swapped out her paper napkins for cloth. 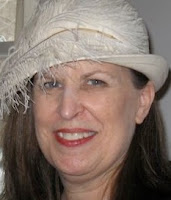 Carol Covin is the author of "Who Gets to Name Grandma? The Wisdom of Mothers and Grandmothers." Her favorite set of napkins and placemats is still the embroidered set she made for her trousseau. Unfortunately, she no longer irons, so they remain unused, folded neatly in a dining room drawer, next to the pretty, unused napkin rings. You can read more of Carol's writings at her blog New Grandmas

Do you have a good conversation starting question to connect with your family tonight? Get one each week night by *liking* the Around the Table Facebook page!

Email ThisBlogThis!Share to TwitterShare to FacebookShare to Pinterest
Labels: napkins