Taking Conversation to the Next Level

Would it surprise you to learn that I often have nothing to say?

Sit me down with people who I hardly know, and my brain quits working. I have actually prayed for a question to come to mind that I could ask that goes beyond, "How are you?" and "Isn't it cold/hot/wet/nice out?" 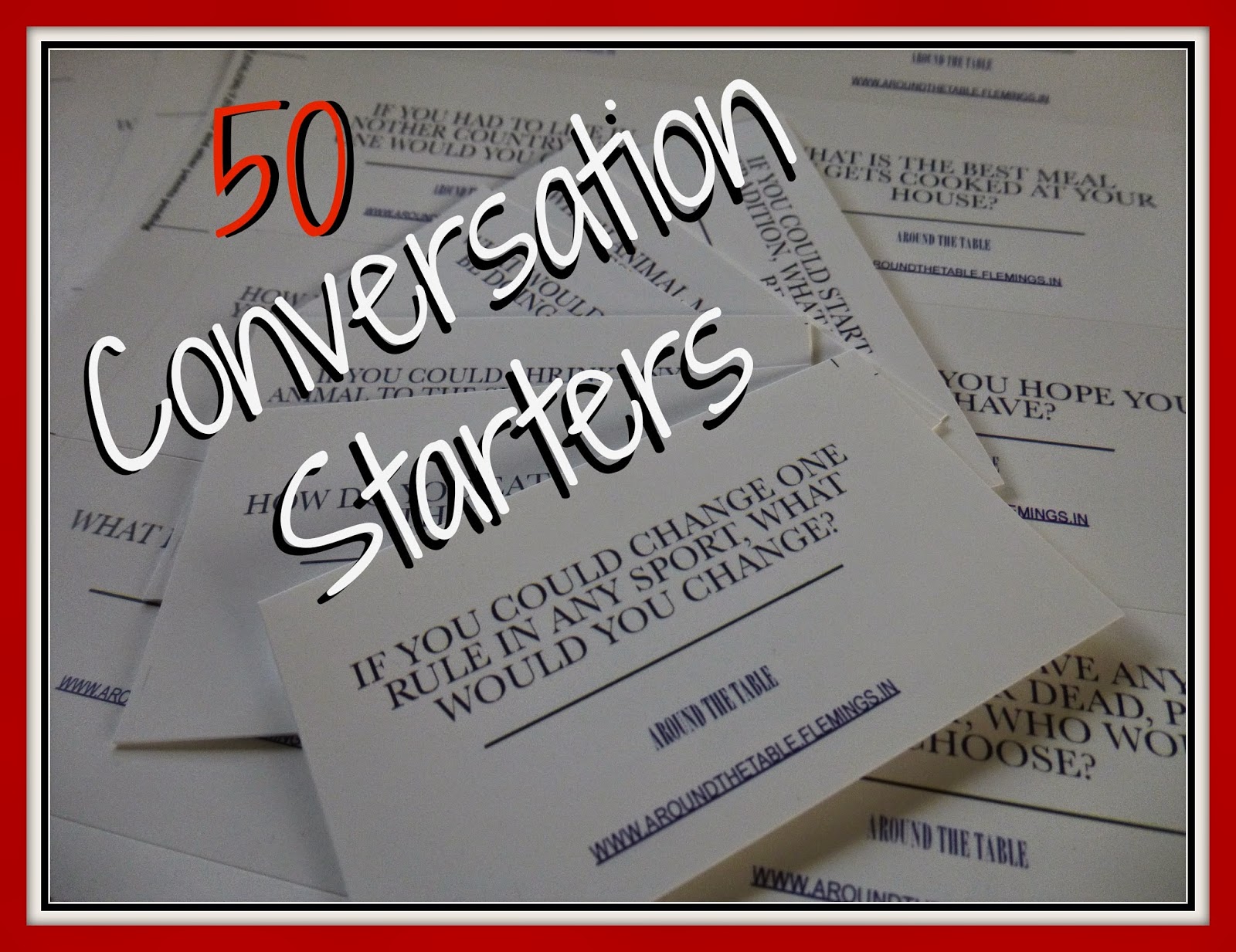 Not too long ago I was with a young married woman I had never met before and both of us were struggling to come up with conversation. I tried to remember one of the "Conversation Starter" questions I have written over the years and finally asked her what her hobbies are.

I soon learned that we share hobbies--love of writing and creating our own greeting cards to give and send. She is from a different generation (almost 30 years younger than me), a different culture (Indian), living in a different country (Qatar), her first (and probably second) languages are ones I do not know, she works professionally full-time (something I have never done), has no children (yet), and shares a house with her in-laws (something I only did on furloughs). But we have developed a friendship and I have been able to give her ideas for cards via the wonders of the Internet. 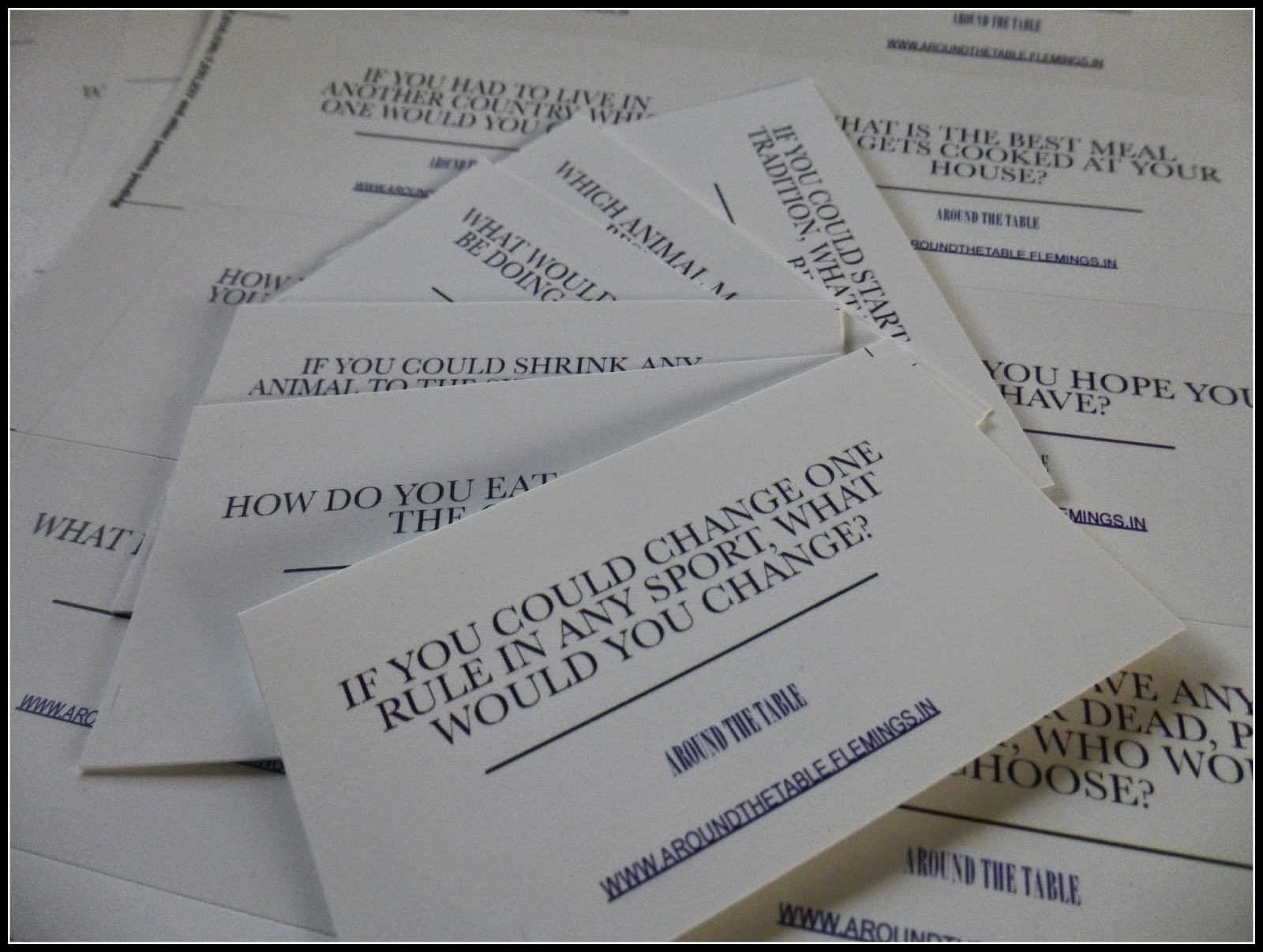 That's why I love Conversation Starter questions. A simple question can connect people, bring a smile, and make a friend.

That's why I post one every weekday on my Around the Table Book Facebook page. That's why I'm offering you printable cards of 50 of my Conversation Starter questions to use with your family, friends, and people you just met. 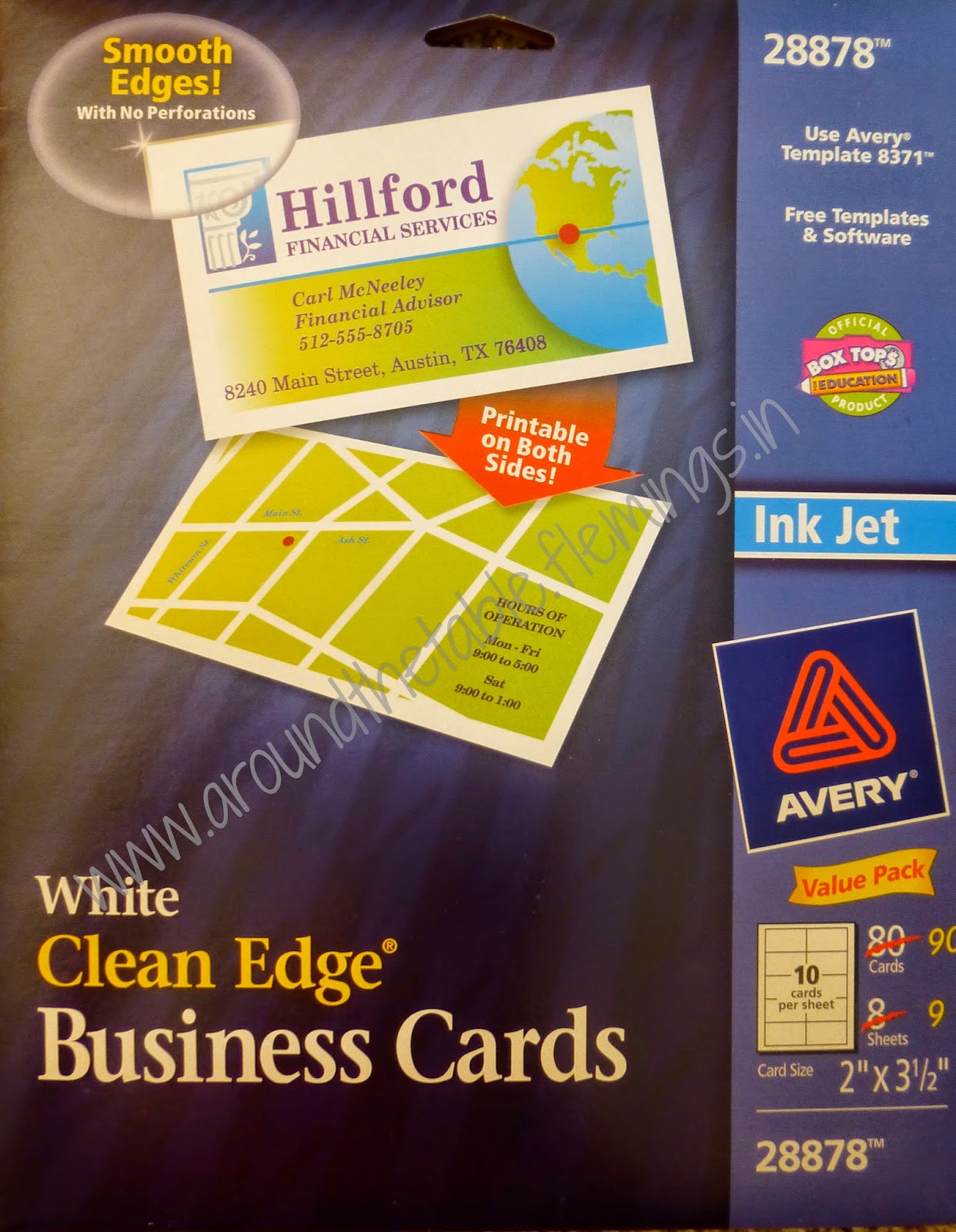 Click the links below to get printable versions of the conversation starting question cards. They are formatted to print directly on Avery® Business Cards 28878™  (Avery®  Template 8371™) or print them onto cardstock and the guidelines will show where to cut to get cards of uniform size. 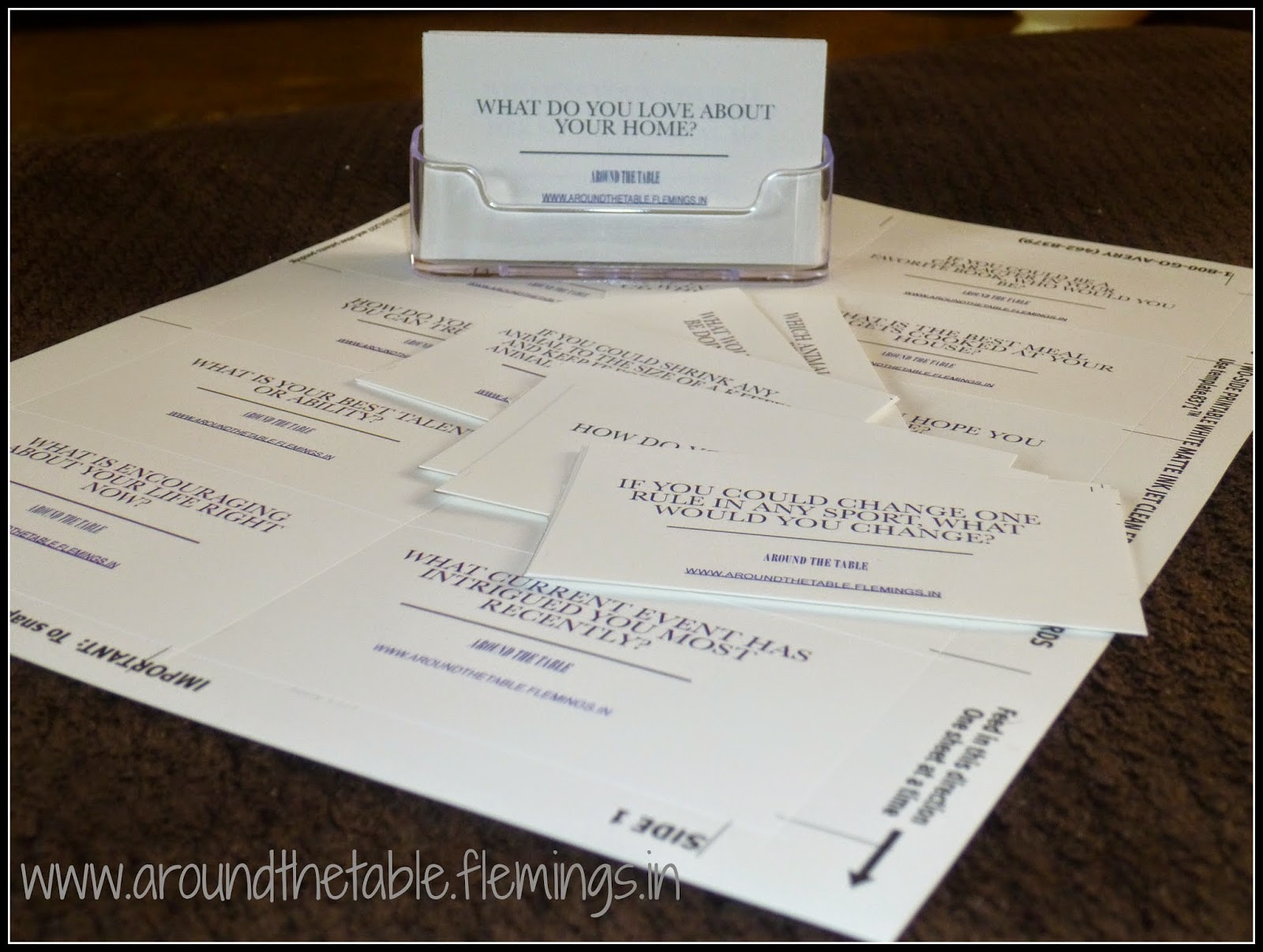 How the Book Came to Be

In 1994 a group of women from the local churches we worked with in Bogota, Colombia, met together at fellow missionary Sheran Killins' home. Sheran and I were the only non-Colombians. We prayed, laughed, talked and dreamed about having a conference for mothers on raising children.


All of us were mothers, some had babies (like me) and some had grandchildren. We were all trying to figure out this parenting thing, how to do it God's way, and how to help other women raise obedient, godly children.

I was excited about being able to use my desire to write as a ministry. At home I wrote out a list of topics I thought I would be able to write about. After brainstorming for a few minutes, I looked over my list and realized that they pretty much centered around family mealtimes.


Then I talked with a friend about her book and realized it was full of stories. I started over. I wrote down my memories of growing up. I talked to other people about their family meal times. I had a long, multi-session "interview" with a friend (who is a pedicurist) as she worked on my ingrown toenail! I remembered what Jim and I had done with our children. Inspired, I tried new things with our kids. And I wrote it down.

It took about 2 years to write and 5 years to get it published. We paid for the art teacher, Iain Campbell, at our kids' school to do pencil illustrations for that first edition. Then we paid for a Colombian artist to put together the first cover. The publisher wanted the book in English, too. So I found myself with the odd task of translating my own book back into my native language! Multiple people edited it in both languages. And finally it came out. But really, I was the only one advertising the book. 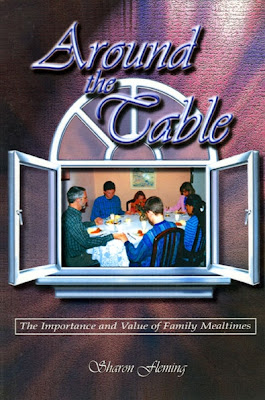 A few years later, one of the middle school teachers at our kids school got a hold of a copy. Much to my surprise, when we went to Middle School orientation, she stood up to introduce herself and she said, "I'm Kathleen VanZandt and I'll be teaching your children Language and History. But what I really want to talk to you about is a book that revolutionized our family life. I only wish I'd read it earlier! Each of you needs to read it!" She's still my biggest fan!

The owners of the publishing house were getting ready to retire and said I could take my book elsewhere if I wanted. Armed with Kathleen's testimony, I took the plunge and made a book proposal to ECS Ministries. They accepted! More editing, a new chapter to bring the reader up-to-date on my family, lots of hard work by Mark Wainwright who's in charge of publications, and my good friend, Sue Tyler, editor par excellence, and a new cover by Ron Brancato later, the book is available to a wider audience than ever!


If you are interested in reading the book for yourself or getting it for someone else, it is available here. You can also read the first two chapters there.

Did you know that Around the Table: Connecting With Your Family at Mealtimes is available on Kindle?

Posted by Sharon at 8:54 AM 5 comments: Links to this post