Last year for our Christmas devotions my husband, daughter, father-in-law, and I each wrote a first person account of one of people involved in Jesus' birth. It was a great way to get a new look at the amazing truth of the Incarnation. We read them on Christmas with the whole family. Over the next three weeks I will share two that I wrote and one by my husband.

My name is Elizabeth…wife of Zacharias.

But you probably know me best as the mother of John the Baptist. 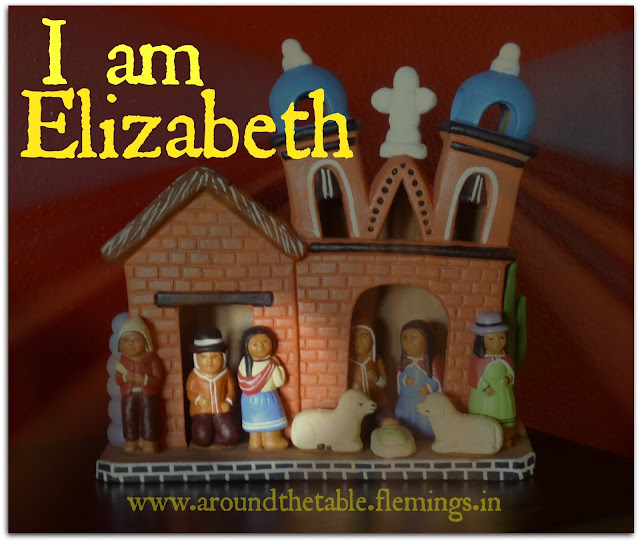 My husband was a priest and together we studied and pondered many things in the scriptures and determined, to the best of our ability to live according to the commandments of the Lord. —That gave us great joy.

The one sorrow and prayer in our lives was for a child. But God did not choose to bless us in that way. Finally, well, that became impossible. But we remembered Sarah and once in a while we would remind God of how much we would love to be parents.

Then the angel came.

You’ve heard the story of Zacharias in the temple being told we would have a son who would prepare the way for the Lord. Poor Zacharias, he just couldn’t comprehend what he heard. As he delicately told the angel, “My wife is advanced in years.” Like I said, it was impossible…or so we thought.

Yes, in my “advanced age” I was privileged to become the mother of a boy. And this boy grew up to become John the Baptist who preached and baptized in the wilderness to help people be ready to believe in Jesus, the Christ. 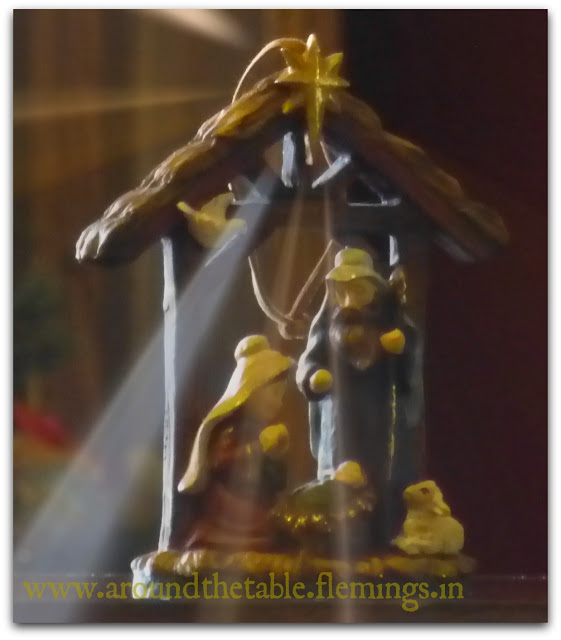 But I’m a little ahead of my story.

When I was about six months along I had an even greater privilege —I was visited by my young relative, Mary. When she came into my house and called out to me, I actually felt John leap inside me! It wasn’t a regular baby kick, it was a movement of, how can I describe it? It was a movement of joy, and, somehow of…recognition!

Then God filled me with His Holy Spirit and gave me an understanding of what was happening in Mary’s life and I exclaimed, “How has it happened to me, that the mother of my Lord would come to me?” That was a great privilege.

But even that was not the greatest privilege of all in my life.

The greatest privilege is probably expressed best by my husband…when he finally got his voice back. He, too, was filled with the Holy Spirit and prophesied about our son:

You will go on before the Lord to prepare His ways; To give His people the knowledge of salvation by the forgiveness of their sins, because of the tender mercy of our God.

That is the greatest privilege I had in my life—to understand and believe that God, through Jesus, would forgive my sin by His mercy.

I found salvation in Jesus Christ, the child born to Mary.


May you have the merriest Christmas ever
as you contemplate the Greatest Gift ever!

Disclosure
Posted by Sharon at 5:40 AM