I am Gabriel, yes That Gabriel

Last year for our Christmas devotions my husband, daughter, father-in-law, and I each wrote a first person account of one of people involved in Jesus' birth. It was a great way to get a new look at the amazing truth of the Incarnation. We read them on Christmas with the whole family. You can read the first one here. This is the one my husband wrote. I think you will enjoy it as his humor comes through as well as his deep spiritual thinking.

Hi, my name is Gabriel. I am an angel. Unlike you might think from watching "It's a Wonderful Life", I was not a human before who died and I don’t need to earn my wings. Like I said, I am an angel. The Bible doesn't tell you when we were created, and we don't think about time like you humans do so I can't really explain it. We, as a movement, have gone on for, well, a long time. We serve God in many different ways. 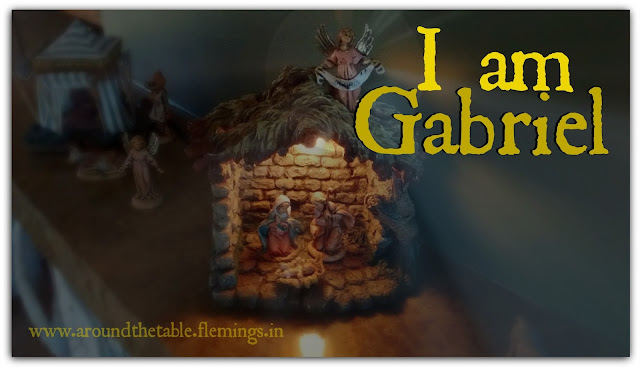 You are a very confusing people, but we understand something of how you needed a Savior and I was chosen for the special task of being involved in the birth of the Lord Jesus Christ.

When Messiah came, I got really active in human history. First, I was sent to talk to Zacharias, a priest who knew the Scriptures. He knew that there would be forerunner to announce the coming of Messiah. But when I told him he was to be the father of that child, he wouldn't believe me.  We angels don't get humans. God sends them a message and they won't believe! “Just give me a sign,” he said. How about an angel appearing? But God must have anticipated this, because he sent me with the ability to make Zacharias mute for his disbelief. When he should have come out of the temple praising and worshiping God, he couldn’t say a word.

But Elizabeth understood the Zacharias' charades, believed, said something about not having a headache that night, and we watched her worship God as her tummy grew with little John! She was an inspiration to us, allowing God's miracle to happen in her body, something that we angels can never participate in.

My next, and most famous assignment, came soon after talking to Zacharias. I didn't have any experience in talking with pretty teenage girls, especially about such a delicate subject, but God gave me some lessons. And that humble, God-minded little girl joyfully accepted the news that God was going to perform one of His greatest miracles ever, right inside her body.

I told her that she was going to be the mother of the Messiah. And she accepted that. 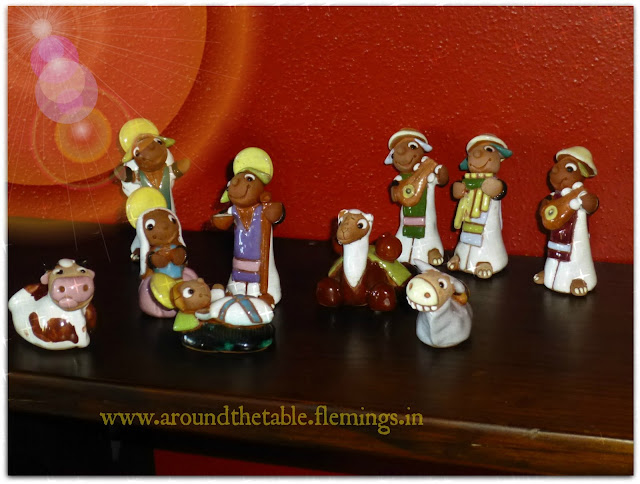 She had a question about pregnancy outside of marriage, but again her faith embraced my explanation of the divine incarnation. We angels still contemplate what happened and we don't fully grasp it. I am sure she didn't either, though it was wonderful to observe her over the years holding her baby, watching Him grow and train Him, contemplating Him, and seeing Him as a man doing his Father's work, and although sometimes she spoke out of turn, she listened to Him and learned as she thought about His responses.

And Zacharias? He came around when John was born and the Holy Spirit himself came down and prophesied through Zacharias.

But I got into action again the night Jesus was born. Well, your Bible doesn't actually say it was me, but I think a number of you probably guessed that the angel that showed up to talk to the shepherds was me! But I'm not a soloist, and besides, there was a clamoring of multitudes of angels to get in on the action that night and sing at the birth of man's Messiah, so I was joined by myriads of angels and we sang "Glory to God in the highest and on earth peace among men with whom He is pleased."

We angels have also observed that peace has not come to earth yet, but take my word for it. When God says something is going to happen, it always does. So make sure you are enjoying peace with God, which He offers you to take care of your sin problem And the peace of Christ which can be yours every day while you live in a world that wars instead of making peace. It is my senior colleague Michael the Archangel gets to make the announcement for believers to come up to heaven and meet their Prince of Peace face-to-face, but I hope to be right there by his side singing, or upping the voltage of the glory when we dazzle those who have believed what I said 2000 years ago,

"I bring you good news of great joy
which will be for all the people; for today in the city of David there was born for you Savior, who is Christ the Lord."

May you have the merriest Christmas ever as you contemplate the Greatest Gift ever!

Disclosure
Posted by Sharon at 5:50 AM