Twelve Things You Want Around Your Table

Today I made spinach lasagna, except I left out the spinach! Have you ever tried to take apart a lasagna by layers? Well, I used uncooked noodles, so I can tell you it is somewhat possible! My daughter's friends will find out with us tonight how it works to spread the spinach over the ricotta instead of mixing it in! 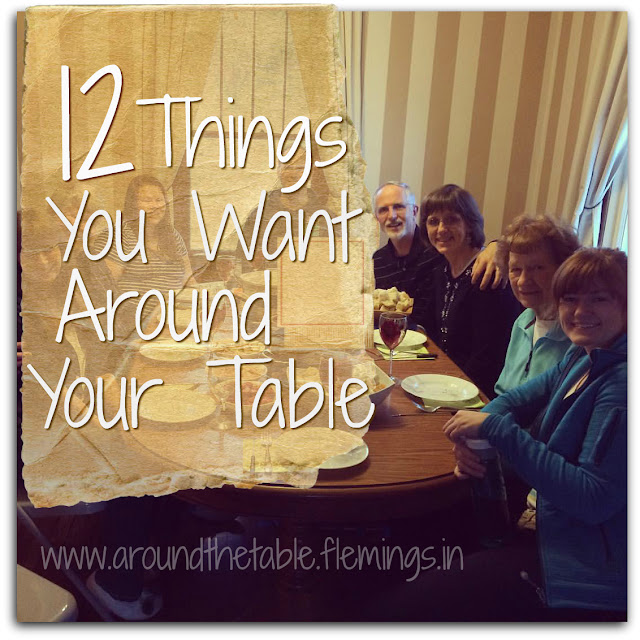 Just like recipes have essential ingredients, family mealtimes do too. I got to thinking about this and came up with Twelve Essential Ingredients for Family Mealtimes. In no specific order, here goes:

What about you? What do you think is an essential ingredient for a successful family meal?

Disclosure
Posted by Sharon at 2:08 PM