Before my first visit to India in 2006, I said I wanted to see India, but only from a low flying plane--I was apprehensive of touching foot to ground. Then my husband made his first trip as International Coordinator for the Emmaus Bible Courses and I accompanied him to provide companionship, video interview men who worked with Emmaus, and wash his socks. 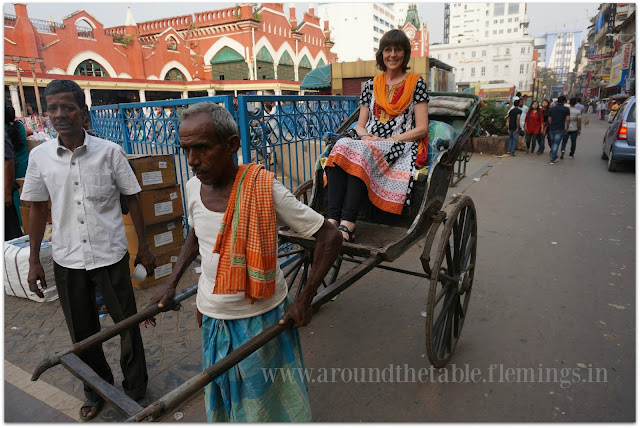 India proved to be all that I had envisioned in terms of masses of people, colorful saris, pungent aromas of spice and incense, fiery foods, unsurpassable traffic, and, yes, filth.

Our first impression, as we stepped out of the airport at midnight, our passports newly stamped and a tight grip on our luggage, was being greeted by a sea of impassive, staring faces. It felt like every eye was on us from dark and bearded faces under turbans or with noses pierced and foreheads smeared with Hindu vermilion under saris and dupattas. Our contacts were also in the crowd with a small sign that read "Fleming". Once we saw the sign we followed them, through dark and fog stepping over sleeping bodies completely enveloped in blankets, to the car. 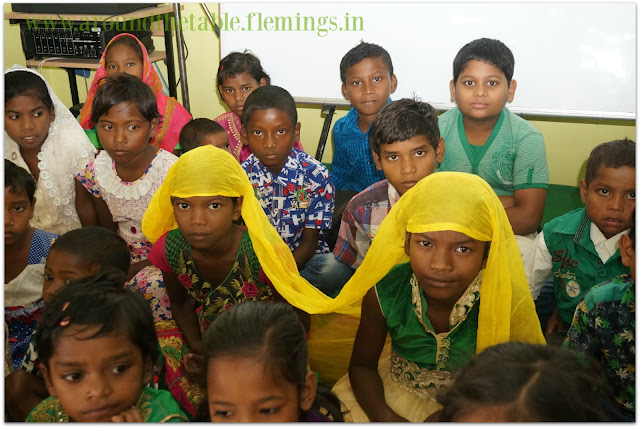 When we arrived at their tiny apartment they said, "By the grace of God, we have arrived home." And they led us in a prayer of thanksgiving. I soon discovered that "By the grace of God" was a common phrase, but not taken lightly. Each time we ventured out we survived the traffic, our path crisscrosses by bicycle rickshaws, motoshaws, motorcycles, thousands of pedestrians, a few cows, and a multitude of honking cars and trucks. And when we walked, we also watched for piles of trash, manure, and once my husband pushed me so that I was forced to skip a step and I looked down to see that I had jumped over a large, furry dead rat.

We recently made my fourth trip to India (my husband's fifth) and I learned not what, but who India is.

India is the woman in her late 60s who takes the kameez you hand washed to her balcony to dry and returns it not only ironed but mended.

India is the shopkeeper who pulls out half a dozen children's outfits to show you and when you say "thank you" without purchasing any, he says, "Welcome, ma'am."

India is the housewife who spends four hours cooking three kinds of curry, rice, chapatis, and sweet curds, making certain to not add the customary chillies so that the foreigner can eat it. 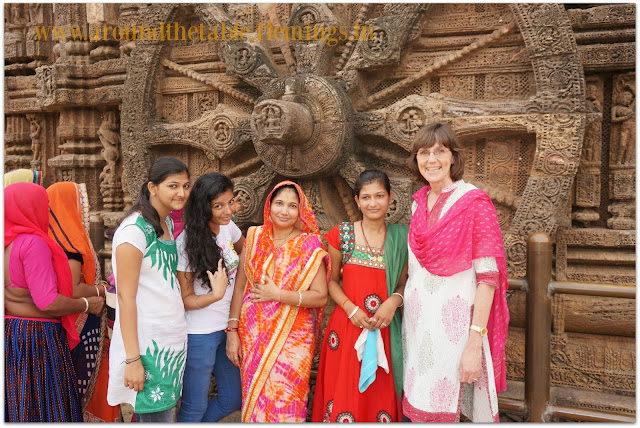 India is the taxi driver who uses his horn more than his brakes, improving your prayer life as he takes your life in his hands six times an hour, and then patiently waits in an impossible traffic jam for someone to start moving somewhere so he can turn around and take you home at the end of the day.

India is the university student who is so fascinated by the story of the five martyrs in Ecuador that he spends an hour interviewing your husband, nephew of Pete Fleming, for his weekly program on a local TV station.

India is the young girls visiting an ancient Hindu temple in their bright salwar kameez taking selfies and then asking you to pose for another with them. 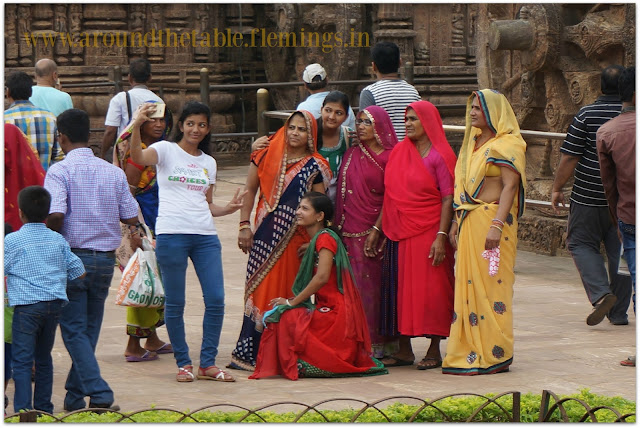 India is the friendly Christian worker who meets your train at 7 a.m. with a smiling face and a strong arm to carry your suitcase.

India is local church elder who thanks you over and over again for taking the time to visit his church and his ministry.

India is the underfed man who looks old enough to be your grandfather, pedaling your bicycle-shaw through the wet streets for a few rupees.

India is two girls sharing one dupatta so they can both have their heads covered.

India is throngs of barefoot people streaming into a temple to pray to their gods in the hopes of warding off evil and gaining blessings.

India is the attentive faces of tribal people who have found the Lord as they listen to a sermon and learn how to study the Bible for themselves.

India is the four businessmen who invite you to sit in their berth while you ride to the next stop (where you were actually supposed to board) until your seats are vacated.

India is the college students in the train berth across from yours passing phones around to share pictures and laughing loudly, then offering you a piece of their chocolate before we all open our beds for the night.

India is the man on the train who sees you awake at 1 a.m. and asks which stop is yours, telling you the train is delayed and it won't be for an hour and a half. Later he comes back by your bunk to let you know your stop is in ten minutes. 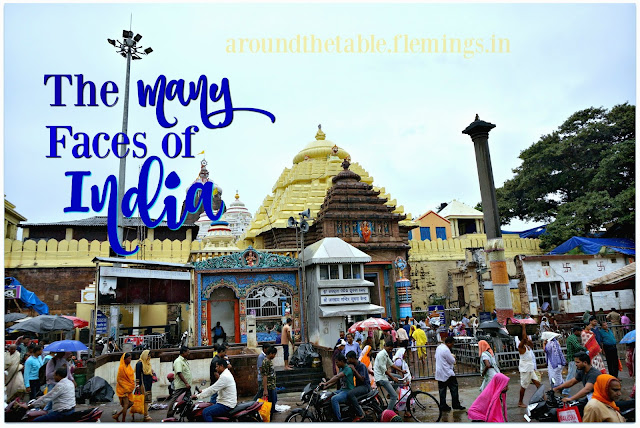 India is the airport security woman, who takes you into a private booth to run the metal detectors over you, commenting, "You are looking very smart today in your Indian dress."

India is the Muslim man who finds an empty bunk on the train to do his prayers.

India is the believer who carries a supply of gospel tracts and hands them to every person he speaks to, even the guides in a museum.

There is no one face to India. And, as dirty as it can be, I have a love for and fascination with this nation with its hordes of people facing a lost eternity.

Won't you pray for India?


Do you like this blog? Would you please consider sharing it with a friend (or friends!) who you think it would be an encouragement to as well? To never miss a post, *like* the Around the Table Blog Facebook page. Then share it on FB! 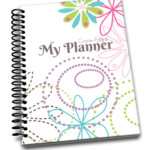 A blogging friend has a few items in her store that might be of interest to you.
This planner is one. Just click on the picture to see what else is available.

Disclosure
Posted by Sharon at 5:30 AM