Today's guest poster is Anne Morelli. For more information on her and her blog see the end of the post.

It started just before dinner. As our three teenaged sons began to line up at the kitchen counter to serve their food, they began to argue about who was going first. 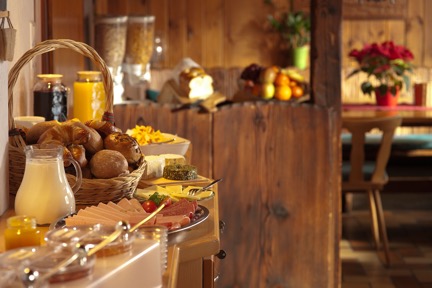 My husband, becoming impatient with their bickering, waded into their argument by raising his voice and issuing directives. The boys did not respond well to his interference. The argument suddenly exploded in momentum and volume.

Unable to stand it any longer, I exclaimed, “That’s enough! Everyone sit down!”

Surprisingly, everyone quieted, listened. And sat down at the kitchen table.

Before even really thinking about it, I asked everyone to point at the person or persons they believed had responsibility for the argument. Each of the boys pointed towards at least one other person. And my husband pointed towards our three sons.

But no one - pointed a finger at himself.

We sat in that moment. All staring at who was pointing at who.

It was a perfect image. Capturing how we tend to assign responsibility in a conflict.

Our most immediate response is to blame others or the circumstances.

Our default position is that it is someone else’s fault.

This external focus prevents us from looking inward, and assessing what our contribution to the conflict has been. To seek areas where we must accept responsibility. 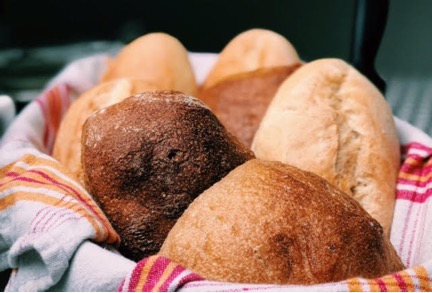 That night, as we gathered around our kitchen table to break bread as a family, we took the time to process the argument. Allowing each to take a turn and work through their part. Shifting their attention from blaming others, to considering how they had personally contributed to the conflict.

And once they were able to accept responsibility for their role in the conflict, it cleared the way for them to apologize and to commit to how they would behave differently if they had the chance to rewind and redo the narrative.

My husband went first. He began by stating that the reason he lost his temper was because the boys were arguing. Still struggling with his desire to look externally, he continued to point fingers and blame the boys for his loss of control.

But to his credit, he tried again. And as his focus began to shift internally, at his own behavior, he was able to admit, “I aggravated the argument by losing my temper and yelling. My shouting escalated things. If I could replay it, I wouldn’t get angry. Instead, I would remain calm. And I would focus on helping you guys work through the conflict.”

Our discussion illustrates one way a family can work towards the understanding that in every situation each of us almost always contribute something to the conflict.

And this is true whether we contributed 1% or 99% to the argument.

When we accept responsibility, space is created for us to learn and grow and change. And to be transformed. 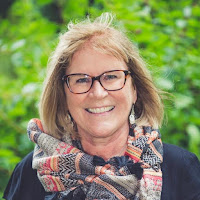 Anne Morelli is a woman of faith who has been profoundly impacted by God’s radical grace and love. Some of her formal roles include representing Canada as an Olympic track athlete, and being a pastor, clinical counsellor, and school administrator. She is currently in a Seminary, taking a Masters Degree in Christian Studies. She has been married for 41 years and has three sons, daughter-in-laws, and two grandsons. She is passionate about books, writing, learning, and engaging in thoughtful discussions and loves the fresh air and walking in the woods. And one of her most treasured activities is time spent with family. Get in touch with Anne through:
Blog: The Stones Call  Facebook: A Sacred Exchange  Twitter  Pinterest 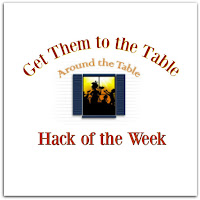 This week's hack comes from Corrie Anne Mutilva: I decide in the morning what we're going to have that night, and take meat out of the freezer, etc. And I try to pick meals and prep according to the busyness of the day...Tuesday's are school volunteer days, but also Taco Tuesday, so I mix up the tortillas early in the morning, and put pork or chicken in the crockpot. Wednesday's are Community Group (in our home), so I usually do pasta, since it's quick, and easy clean-up. Crockpot or oven-baked dinner for Sunday's.