Andrew Brunson was held in a squalid Turkish prison for two years. The uncertainty of why he was being imprisoned and how long he would be in there led to stress and anxiety. "The real crisis came from feeling I'd been abandoned by God," he says.* He had read his Bible and heard of others who had been persecuted for their faith, and had lived in Turkey, a nation against Christianity, for 23 years. "I expected a supernatural sense of God's presence," he says. He thought he'd be more like Paul and Silas and less like Joseph and Jeremiah. Not sensing God in a real way shocked and frightened him. Had God abandoned him? 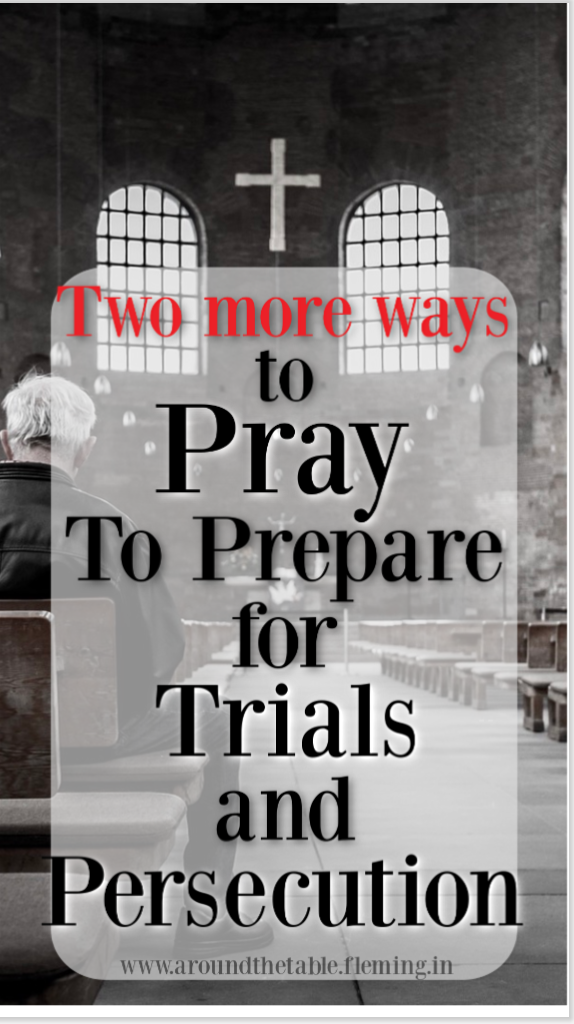 We don't have access to Joseph's prison diaries so we don't know he felt or what he did to keep the faith when the king's cupbearer forgot him. All we know is "yet the chief cupbearer did not remember Joseph, but forgot him. Now it happened at the end of two full years..." (Gen. 40:23-41:1) But when Joseph was finally called out of prison to interpret Pharaoh's dream, he said, "It is not in me; God will give Pharaoh a favorable answer." (Gen. 41:16)

However forgotten and abandoned Joseph felt by God and man, he did not lose his faith. Joseph never had God appear to him personally like his father, grandfather, and great grandfather. However the Bible tells us that even as a slave, "The Lord was with Joseph." (Gen. 39:2) And he kept the faith.

Is it any wonder that in the same discourse where Jesus talks to the disciples about the need to keep the faith, to abide in Him (John 15), He also talks about how the world hated Him and will hate His followers? He ends by telling them they will "have tribulation" but "I have overcome the world". (John 16:33) Then Jesus begins to pray for them . He prays, specifically, "I am no longer in the world; and yet they themselves are in the world, and I come to you. Holy Father, keep them in Your name, the name which You have given Me, that they may be one, even as We are." (John 17:11)

If Christ prayed for us to be kept close to God, then I believe that is a prayer--the seventh request--we should be praying: Lord, come what may, keep me walking close to You. Never let me doubt Your presence, no matter what trials You allow."

My assurance: God's love
When I hear of Andrew Brunson's imprisonment, I do not see a man of weak faith, but one who was brave enough to stay on in a hostile environment, even though he knew prison and all that might entail was a possibility. We can look at his life and the light he let "so shine before men that they may see [his] good works and glorify your Father who is in heaven." (Matt. 5:17) But just as Andrew Brunson felt abandoned by God in the Turkish prison, sometimes we might feel like God has just left us and stopped loving us. When we feel like God has abandoned us, we must deliberately trust in His love and His promises.

This brings me to a related prayer, and the eighth request, to prepare us for trials and to pray during trials: Pray reminding yourself that nothing can separate you from the love of God and that you will never forget this. I cannot think of a better way to pray this than to memorize Romans 8:35-39 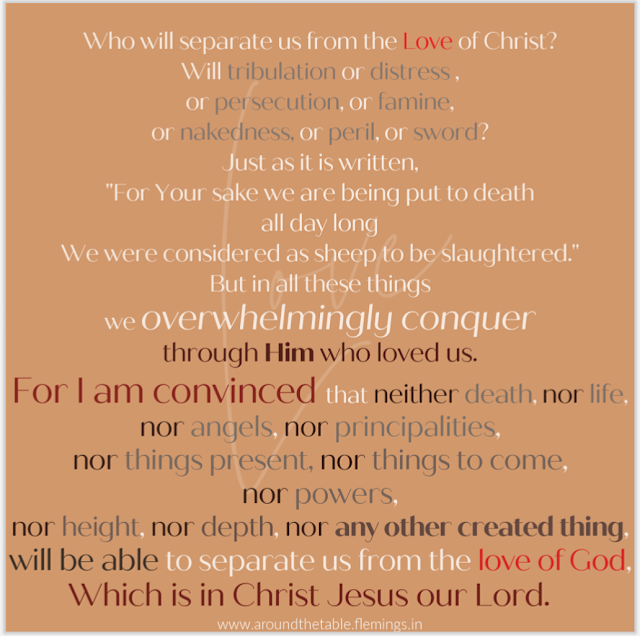 Once in a while, repeat this verse in prayer asking God to help you to always remember it, no matter what your circumstances. David had times of feeling like God had forgotten him. In Psalm 13 he prayed, "How long, O Lord, will you forget me forever?" He goes on to describe his state of being and what the outcome will be if God abandoned him (vs. 2-4). But he ends this Psalm with a reminder to himself that he has trusted in God, salvation will come, he will again rejoice and sing.

How could David go from the pits of despair to practically rejoicing in God? David worked on his relationship with and knowledge of God and he spoke to him frequently, reminding himself of all that God is and does. That's what we need to do too.

So pray that you would know God's presence and God's love, no matter what is happening in your life. These are requests for now, before trials, and in the midst of them.

When you pray with your children, include some of these requests from time to time so that they are "normal" requests for them. Children mimic our prayers and one day you will hear them praying for these petitions as well.

Also in this series:
Praying, Trials, and Persecution, Part 1
Three Things to Ask of God in Preparing for Hard Times, Part 2
Three More Ways to Pray to Prepare for Trials, Part 3
*  *  *  *  *

Each time I post (about twice a month) you will receive one email that looks like this:

Disclosure
Posted by Sharon at 6:25 AM