I am always reading a couple of books and listening to another. If I were smart, I would remember all I've read, but I feel like I come away with a "feeling" of what the book was about rather than a lot of facts and knowledge. This is important to me when we travel. I like to read books about or that take place in the places we will go for our ministry with Emmaus Worldwide so that I know a little something. As I read I absorb a bit of culture, history, and local conventional wisdom, or at least that's the goal. 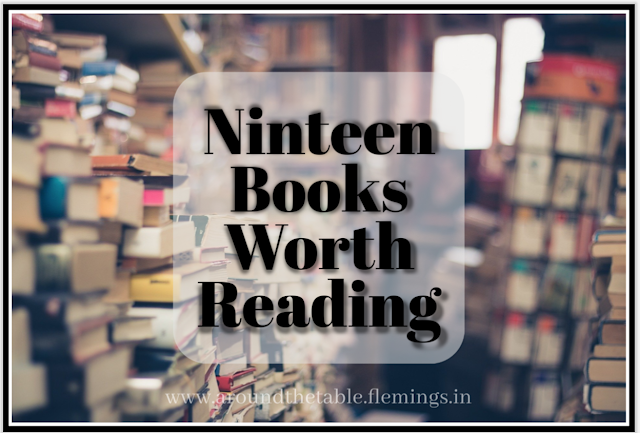 in December of last year): Apples are from Kazakhstan: The Land that Disappeared by Christopher Robbins. First of all, I had a laugh about the author's name because, you know, Winnie the Pooh and Christopher Robin, too. For three weeks in January and February my husband and I will be on a ministry trip to Central Asia. One of the countries we will be visiting is Kazakhstan where we have friends who moved there last year to start a business.


Some of the things I learned are that Kazakhstan was never a country prior to 1991. Never. It had been invaded from East, West, North, and South. The people are related in genes and language to other Turkic peoples (like in Turkistan and, yes, Turkey), but because of the Mongols invading they look more east Asian. The first Russian rockets were launched from the "autonomous" region of Kazakhstan and nuclear bombs were tested in an area called Semipalatinsk which is more radioactive than Chernobyl. Alexander Solzhenitsyn was exiled there for a few years, but later fought against Kazakhstan becoming an independent country. And finally, after independence they had only one president for 30 years and he just retired. And apples probably do come from Kazakhstan where one can still find apple trees growing in the wild. So, apparently, I did learn some things!

I also love reading the stories of real people and the things they do. So often as I read and try to put myself in their shoes, I think about

how I could never do the things they have done. Sometimes, when I read about Christians persecuted for their faith, I pray, "Lord, never let me deny You. You know what I can handle. Never give me more than that." On my list of books to read is a book we gave to my father-in-law for Christmas: God's Hostage: A True Story of Persecution, Imprisonment, and Perseverance by Andrew Brunson, the pastor who was imprisoned in Turkey for 735 days. My father-in-law read it in two days. Although I snuck a preview of the first chapter, I'm saving it for when we get back from our trip to Central Asia.

In the category of both our trip and biography, I have the book Benazir Bhutto by Brooke Allen I just started this, and so far it is interesting and not just a syncophantic book about a fearless woman in a difficult position. This is one of the books I got from Amazon Kindle Unlimited. For Christmas, I gave my mother six months of Kindle Unlimited. Since we share the same Kindle account, I benefit from this too. Actually, as I have perused the books available, I have been somewhat disappointed. The kind of books I enjoy are not readily available, but my mom's Christian fiction is, so she's enjoying it.


In addition to reading, I love listening to books when doing mundane housework or driving the car. I have been able to listen to 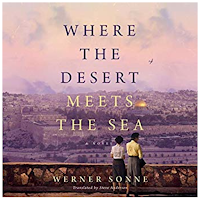 some enjoyable books from the Kindle Unlimited selection: Where the Desert Meets the Sea: A Novel by Werner Sonne about the founding of the nation of Israel. From my point of view it was very even handed showing the hardships that time held for both the Jews and the Palestinians. I'd recommend it. Another was Last Train to Istanbul by Ayse Kulin. This is a novel based on a true event of the Turkish Ambassador or Consul to France during WWII providing a train for Turkish citizens to get back to Turkey safely. The thing 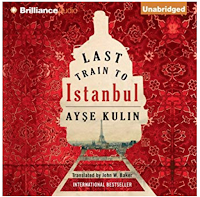 was, there were Turkish Jews and non-Turkish Jews in that train. The latter group had been given false passports to save their lives. It was only one overloaded train carriage of people, but some were saved. I had never heard of that and found it very interesting.


I also listened to the true story of Masaji Ishikawa (apparently a pen name)--A River in Darkness: One Man's Escape from North Korea. It is a sad story. Interestingly he talks about the many times 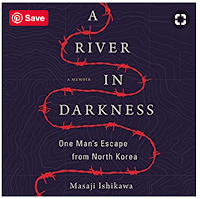 he has been "born again"--either started an entirely new life or was rescued from death--but sadly, he has not been born again into faith in Jesus Christ. As I finished the book I found myself praying that he would come to Christ for salvation.


Through my library I've also listened recently to the Yada Yada series by by Neta Jackson and the Mitford Series by Jan Karon (which I had read when they first came out in the 90s). Although I'm not normally a fan of Christian fiction, I found these books encouraging to my prayer life.

Finally, other books I have going are The Story of the King: Kingdom Without End by Paul Bramson. This is the first book in the Mile Marker Series by Emmaus Worldwide. It is so well written and simple yet deep! My prayer for this year is that I will be able to go through this with a non-Christian. And I am slowly going through an old book, Abide in Christ by Andrew Murray, originally published in 1864. My copy of this book has an inscription to my mother-in-law:


To Helena
Christmas 1950
with love,
Joann
May you enjoy this as much as I have

The book is divided up into thirty-one daily readings to learn about and how to put into practice what it means to abide in Christ, one of the goals of my life. I don't have time to read one everyday during my devotions, but I want to go through it meditatively.


These are nineteen or more books (counting each book in the two series) I can recommend to get you started reading this year! I hope you enjoy reading as much as I do and I would love to hear your recommendations to put on my list of future reading!

-  -  -  -  -
As always, I think reading to your kids from good books is a great connection builder, values teacher, and education stimulater. Of these books I would definitely think you could read to your middle aged kids (8-15) the story of Andrew Brunson. What a great way to teach them about their faith and how to stand up for Christ no matter the cost! The Story of the King would work wonderfully as devotions with children as young as 5 on up. Just do a couple of paragraphs a night and use the questions at the end of the chapter to spark discussion. Some of the others might be good, too, but read them first so you can filter any scenes you might not want to expose young children to.

Each time I post (about twice a month) you will receive one email that looks like this: